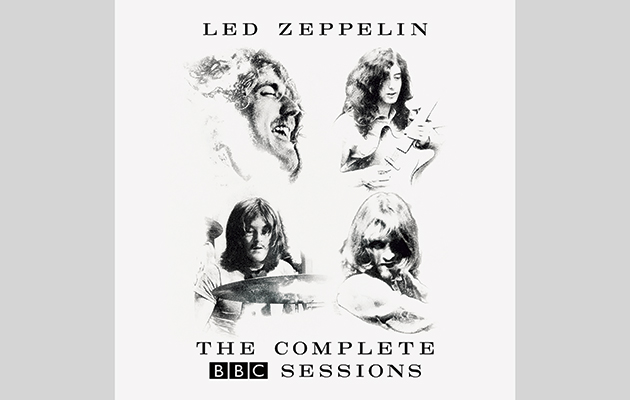 In 1969, while Led Zeppelin criss-crossed America in their bid to win the West, they waged a quite different battle back home – a battle of the airwaves. Wary of TV studios, and disdainfully uninterested in releasing singles, Zeppelin relied on vital radio exposure from influential DJs like John Peel and Alexis Korner to get their music heard. The sessions they recorded for Peel’s Top Gear in particular gave them a direct line to vinyl-buying UK rock fans, laying the groundwork for Led Zeppelin II and Led Zeppelin III to top the album charts in 1970. Never mind red snappers and trashed hotel rooms; in Britain, Zep’s vertiginous rise had more to do with transistor radios.

The sessions that Peel, Korner and other BBC presenters played on their programmes weren’t intended to be heard more than twice. An initial broadcast, a repeat a fortnight later and the session would be consigned to the BBC archives (or in the case of Korner’s March ’69 World Service session, wiped). But as the historical significance of these exclusive Zeppelin recordings became apparent over time, years of sustained bootlegging ensued. Finally, in 1997, Jimmy Page supervised and produced an official compilation (BBC Sessions) that presented 14 tracks from Zeppelin’s ’69 sessions alongside a Radio 1 In Concert performance from April ’71. Not strictly part of the band’s core canon, but a million-seller nonetheless, that 2CD collection has now been expanded into a more definitive anthology that contains an extra 49 minutes of music. The Complete BBC Sessions is available as a 3CD package, a 5LP vinyl edition and an all-encompassing boxset.

It’s the story, in essence, of a young band making a dramatic entrance onto the late-’60s rock scene. If you’re curious to know how Zeppelin were able to leapfrog virtually all of their British competitors in the space of a handful of radio appearances, their turbo-charged versions of “Communication Breakdown”, “How Many More Times” and Eddie Cochran’s “Somethin’ Else” will provide you with a convincing answer. Possessing a ferocious guitarist, a demon bassist, a devastatingly powerful drummer and a singer who sounded like some kind of hermaphrodite banshee, the nascent Led Zeppelin must simply have exploded out of the radio. And although Page has sometimes implied that the BBC’s technicians were out of their depth, unable to comprehend Zeppelin’s use of volume and dynamics, that’s certainly not how it sounds on The Complete BBC Sessions. They’re well-recorded, amped-up, razor-sharp and explosive. The effect is like hearing mono versions of songs from the first two albums that stretch out and improvise, visiting new places via unfamiliar routes. And the energy of them! It’s clear that Zeppelin were impatient to kick down doors and build a word-of-mouth reputation.

The major selling point of The Complete BBC Sessions is the eight previously unreleased tracks that comprise the bulk of the third CD and the fifth vinyl LP. They include an 11-minute, darkly atmospheric “Dazed And Confused” from the June ’69 concert at the Playhouse Theatre that yielded four songs on the original BBC Sessions, as well as enjoyably demented versions of “Communication Breakdown” recorded for Top Gear in March ’69 and In Concert in April ’71. “What Is And What Should Never Be”, another missing song from the ’71 show, is also included now, and so is a prototype airing of it in mid-’69 that suffers from unfortunate tuning problems. Pre-release news stories earlier this summer focused on the discovery of a rare track from the long-lost Korner session, “Sunshine Woman”, salvaged from a fan’s bootleg recording. But while this is given pride of place as the final song in the set, it doesn’t live up to the advance publicity. Zeppelin had several blues-rock numbers in a similar vein during ’69 (among them “Bring It On Home”, “We’re Gonna Groove” and “The Girl I Love She Got Long Black Wavy Hair”), and only the first was deemed good enough for a place on Led Zeppelin II. The prosaic “Sunshine Woman”, despite John Paul Jones’s barrelhouse piano-playing, was not in the same league and was presumably dropped soon afterwards.

Offering week-by-week documentary evidence of Zeppelin’s meteoric rise and early creative growth, The Complete BBC Sessions is probably, in its enhanced and remastered state, as much as can realistically be expected to be issued from the Corporation’s vaults. The only pity is that negotiating one’s way around the three hours and 20 minutes of music is such a fiddly business. A chronological tracklisting would have made much more sense; as it is, it’s hard to trace the momentum of Zeppelin from session to session without skipping back and forth between discs and consulting the booklet for recording dates. And since that momentum changed the course of rock history, it does feel as though somebody has missed a trick.