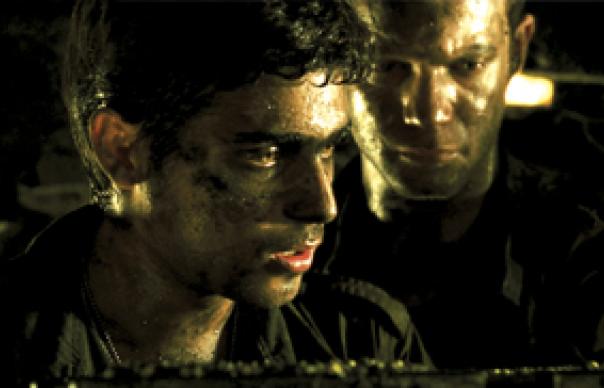 The title is a brutal, brilliant irony.

It implicitly suggests that Samuel Maoz’s film of Israel’s 1982 invasion of Lebanon is definitive, omniscient: a Levantine Battle Of Britain.

But none who watch this will emerge any wiser about this war – which is as Maoz intends, as neither do his characters. Almost all of Lebanon takes place in the dark, sweaty cockpit of an Israeli tank: the four soldiers inside, like most soldiers, have little idea what they’re doing, or why.

All they can perceive of their war is what they can see through their gunsight, and what comes in through the hatch: a dead comrade, a Syrian prisoner, a Lebanese ally. Maoz knows his material. He fought for Israel in the campaign and his evocations of the confusion and claustrophobia of conflict are grimly plausible.

Boldy for an anti-war film, Lebanon invites – and wins – sympathy for those doing the killing, acknowledging that they do it largely to avoid being killed themselves.
Andrew Mueller