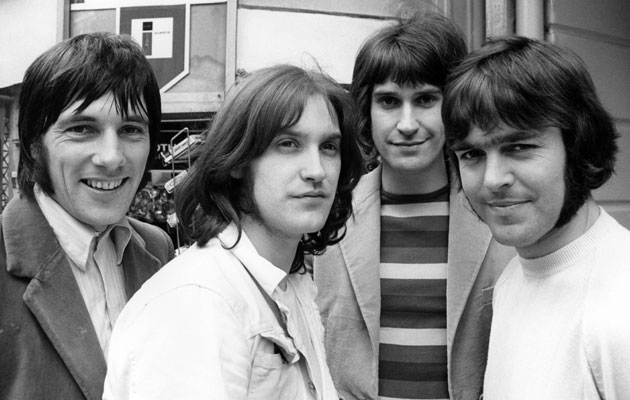 There is a puzzle at the heart of The Kinks’ apparently nostalgic 1969 album, and  it hinges on the ambiguity  of that cumbersome title. There’s a lot of work going  on inside those brackets,  and if you accept Ray Davies’ wry invitation, you have to wonder about the relevance of Britain’s  colonial past to the fortunes of his disappointed everyman, Arthur.

As legends go, Arthur’s is a modest one. The story Davies set out to tell isn’t necessarily the one he ended up with, but this 50-year-old concept album, already deluxed, and now granted the full boxset treatment, has a curiously elastic relationship with time. On its release, Arthur was given critical encouragement while not causing a commercial stampede. It sounded – it sounds – woozily kaleidoscopic, with petals of nostalgia folding over shards of cynicism. Under the shifting surface, there’s anger and insecurity, class consciousness and doubt, whimsy and dismay; all the Ray Davies stuff. The word he uses is “vengeful”.

What Arthur became isn’t what it set out to be, though. The album overlaps slightly with The Kinks Are The Village Green Preservation Society, but it was conceived as a pop opera for Granada TV. Alan Bennett and John Betjeman were suggested as collaborators. Bennett pleaded indigestion, and Betjeman, thought Davies, would have been more suited to preserving the Village Green. Instead, Julian Mitchell, a contemporary of Absolute Beginners author Colin MacInnes, signed up to ink the detail of a story in which Arthur reflects on his life as his son emigrates to Australia.

The TV project was doomed, but Davies’ songs took their own path. The singer sees Arthur as a friend of Walter from …Preservation Society’s “Do You Remember Walter” (a childhood friend gone, the narrator assumes, to fat and ruin), but the inspiration comes directly from Davies’ family, and the emigration to Australia of sister Rosie and her husband Arthur. There is some blurring of the timelines in the story: Mitchell’s Arthur was connected to the First World War, while Davies is more concerned with the generation that rejected Churchill after the 1939–45 conflict. Davies also notes: “I wasn’t entirely comfortable, because it was about my family and personal. So I held back.”

The treasures of Arthur are well known. The anthemic “Victoria” smuggles a dagger of subversion beneath its cloak in the lines “When I grow I shall fight/For this land I shall die”, and “Shangri-La” is one of The Kinks’ finest moments, with a gorgeous melody and ambiguous lyrics which deploy empathy and satire in equal measure. Davies’ vengeful instincts are present, but it’s a mistake to imagine that the writer’s anger is directed at the little man whose reward for a lifetime  of toil is a rocking chair and a pair of slippers. It’s the modesty of reward Davies is angry about, not the desire to overcome insecurity.

What does the boxset tell us about Arthur that previous reissues haven’t? Well, it catches The Kinks at a moment when rock music was in flux. The obvious contrast is with The Who, who in 1969 were exploring the same conceptual urges to produce Tommy. But where Pete Townshend’s pinball parable employed bombast and primary colours, Davies delivers something more akin to a kitchen-sink drama, if not a radio play. The rarities disc includes an eight-minute medley of Davies’ home demos, a charming fragment that includes a ramshackle run through “Victoria” and a pass at “Some Mother’s Son”. These sketches reveal the robustness of the tunes.

Disc Three contains what is now referred to as The Great Lost Dave Davies Album. It posits an alternate version of The Kinks in which the lyrical interest in character is replaced with raw energy and emotion. Ray Davies has suggested that Dave’s album offers the backstory of The Kinks in 1969. Musically, it suggests the influence of The Band on this most English of groups. There’s a bit of the boozer, a hint of the honky-tonk in the lovely “Do You Wish To Be A Man”, in “Hold My Hand” and plaintive country strum “Are You Ready?”. These are hymns to insecurity, delivered with absolute confidence.

The questions that troubled Davies, about the post-war settlement and the country being unfit for heroes of modest means, continue to swirl. Small wonder that the songwriter is now reworking the material into a script for a doo-wop musical. Ultimately, between the two opposing forces – Dave’s primal introspection and Ray’s character-based micro-dramas – the tensions that fuel The Kinks proliferate; and on Arthur, Ray’s instincts are to the fore. By mining so perceptively the particulars of his family history he made a work that was both of its time and universal. That it should prove topical 50 years on is beyond ironic. However you cast it, nostalgia is an empire on which the sun never stops setting.