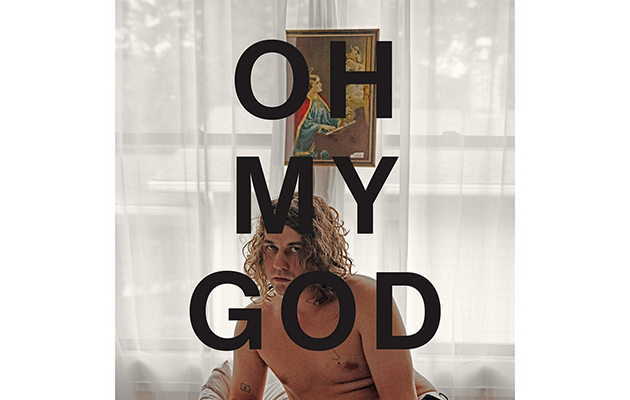 Late in 2016, Kevin Morby released the standalone single “Beautiful Strangers”, an emotional response to the Pulse nightclub shooting in Orlando and the death of Freddie Gray at the hands of Baltimore police officers. At one point the usually verbose Morby is almost lost for words, and simply repeats the phrase “Oh my god”. He found audiences responded to this with naked, exhausted despair and so took it for the foundation for his fifth solo album, Oh My God. This draws on the emotional tone of “Beautiful Strangers” – or in the case of “Oh My God” and “OMG Rock N Roll”, references it directly – and then constructs a fuller version around that core idea, one that foregrounds Morby’s vocals and uses different musical texture but otherwise retains his spiralling sense of rhythm and pulsating melody.

Religious references have always been part of Morby’s arsenal, often used as secular shorthand – metaphors or words and phrases that act as punctuation. Oh My God extends this symbolism with numerous references to gods, lords, prayers, souls, angels and locusts, songs titled “No Halo”, “Seven Devils” and “Hail Mary”, and a sense of heaven and hell. The music reinforces the theme, with Morby drawing on gospel and spiritual music, using a harp on the devotional “Piss River” or a distorted guitar on “Seven Devils” that resounds like seven trumpets from the Book Of Revelations. Most frequently he employs a choir, who provide a celestial top coat to “Nothing Sacred/All Things Wild”, “Savannah”, “OMG Rock N Roll” and others. Morby isn’t engaging in spiritual discussion as much as using the grammar and vocabulary of church to convey atmosphere. On the glorious drifting love song “Piss River” he even references this lack of godliness: “I tried to pray, but I didn’t know what to say/So I just mumbled some names and hope they are OK”.

Much of Oh My God takes place in the air, above the clouds, towards heaven. While Morby’s two previous albums, Singing Saw and City Music, were distinguished by a sense of place, on Oh My God that’s absent. Instead he’s absorbed by the dislocating sensation of air travel, something that he’s experienced regularly since the breakthrough success of Singing Saw. The opening title track, “Oh My God”, is intended to directly evoke the experience of flight – pre-flight tension, exhilarating climb, levelling out above a carpet of clouds – and subsequent songs reflect that heightened, almost feverish state of mind during flight, as time and place become distorted. That comes together on the ghostly closer, “O Behold”, with Morby singing about “horns from my head, wings from my shoulder” and planes on fire as, serenaded by that heavenly choir, he heads towards oblivion, salvation or maybe just passport and immigration.

During recording sessions, Morby and his regular producer, Sam Cohen, wrestled with the challenge of making Oh My God sound like something other than Singing Saw II and settled on a musical template that’s more stripped back than previous albums. There’s still a lot of instrumentation, but it is more concentrated around single songs – so “Nothing Sacred/All Things Wild” uses organ and congas, “Savannah” uses choir and organ, and “No Halo” is 90 per cent hand claps. The guitar, previously a staple of Morby’s work, is downplayed, with the focus switching to Morby’s vocal, whether his customary amplified whisper or an occasional more urgent tone. That makes the infrequent splurge of guitar – whether by Morby on “Hail Mary”, Cohen’s startling Brian May impression on “Congratulations” or Meg Duffy’s wild turn on “Seven Devils” – all the more effective.

As with Singing Saw and City Music, a lot of time and thought has gone into ensuring Oh My God holds together. Lyrical themes are repeated, explored and teased out. The religious/aeronautical concepts are consistent without being overbearing, and the musical and lyrical aspects are beautifully integrated. And if all this sounds a little stultifying, there’s also humour, often in the form of musical jokes. Morby has a habit of introducing an idea or concept in his lyrics that is then echoed by the music – on “Savannah”, for example, he sings, “I let my silence becomes the conversation”, and then follows it with a bar of silence. It’s something he does regularly in a variety of ways, offering a sort of punchline or reward to the listener as well as a curtain-lifting reminder that he is operating within his own narrative framework. It’s yet another detail to admire in the way this conscientious, thoughtful songwriter strives to convey a wider sense of atmosphere as he constructs his latest self-enclosed universe of song.