Kate Bush – Before The Dawn

Sprawling document of her triumphant 2014 return to live performance 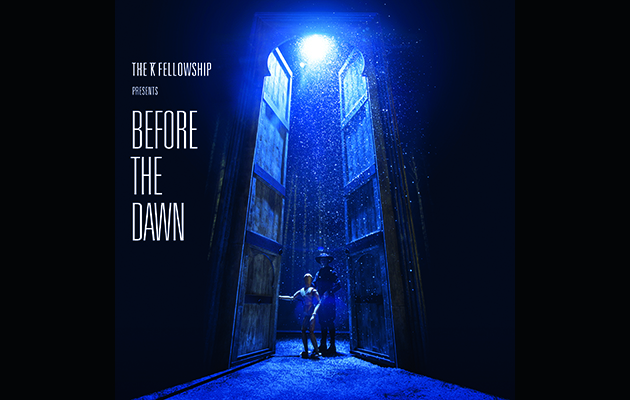 In the immediate aftermath of Kate Bush’s return to live performance in August 2014, following an absence of 35 years, it was almost impossible to take an objective reading. Bushmania had taken hold in the lead up to her run of 22 dates at London’s Eventim Apollo. Every newspaper and magazine seemed awash with profiles, puff and feverish speculation; the BBC aired a new documentary; two photographic exhibitions opened in London; her songs were all over the radio, and most of her albums were heading back into the charts.

Expectations were not so much high as stratospheric. Oddness abounded. On the night on which I attended, a man along the row shook everybody’s hand before the show began. Strangers hugged. Couples wept. This was most assuredly not Shed Seven reconvening at the Astoria.

Thankfully, Before The Dawn was built to withstand such madness. Pivoting on two conceptual pieces, released 20 years apart, it was an intoxicating mix of music, theatre, film, art, puppetry and bad comedy. Revisiting The Ninth Wave, from her 1985 masterwork Hounds Of Love, and A Sky Of Honey, the second disc of her 2005 double Aerial, Bush took the audience to the depths of the ocean, through the arc of a summer’s day, and finally into the air. There were shipwrecks, skeletal sea creatures, witch trials, helicopters, bird masks and Moorish walled cities. Before The Dawn demanded complete immersion – no smartphones allowed, on pain of death, or at least expulsion – but our dutiful dedication was rewarded. At the end, we were decanted back into the west London night as though returning from some distant dream of a country.

Some of the shows were filmed, but so far there has been no word of a DVD or cinematic release. Perhaps the rigours of transferring stage magic to screen gold proved too exacting. Instead, after a cooling-off period of two years, Before The Dawn is presented as a purely musical experience. Released as download, triple-CD and quadruple vinyl, this live album documents the entire show, in sequence. For those invested in the historic drama surrounding Bush’s return to live performance, it’s a godsend. For those less committed souls, it may present some challenges.

You could certainly spend time grumbling about what this album *isn’t*. It’s definitively not Kate Bush exploring all corners of her criminally underperformed catalogue. Nothing here pre-dates 1985, and the vast majority of the 27 songs are taken from just two albums: Hounds Of Love and Aerial, alongside one each from The Sensual World and 50 Words For Snow, and two from The Red Shoes. A new song, “Tawny Moon”, is slotted into A Sky Of Honey, and it’s good, a churning, mechanical piece of modern blues, sung gamely by Bush’s teenage son Bertie McIntosh.

Rather than present one full show in its entirety, Bush has chosen to stitch together performances from throughout the run. This allows for the inclusion of a wonderful rehearsal version of “Never Be Mine”, a piece of pastoral ECM restored to the running order after being dropped at the eleventh hour. It appears during Act One, the part of Before The Dawn which most resembles a conventional concert. This is the opening seven-song sequence where Bush ticks off some hits and performs them straight.

The rolling rhythm and quicksilver synthetic pulse of “Running Up That Hill” is beautifully realised, while a rapturous “Hounds Of Love” locates the taut, wolverine snap of the original. She toys with the chorus melody, throwing in a Turner-esque entreaty to “tie me to the mast”, a measured tinkering in keeping with the prevailing musical sensibility. Bush, the ultimate studio artist, opts for faithful reproductions of her oeuvre with just a few twists. Nothing has been re-recorded or overdubbed; presumably there was no need. The band of stellar sessionmen are supple, empathetic and meticulous, as is the Chorus of supporting actors and singers recruited mainly from musical theatre. Among their ranks young Bertie, only 16 at the time, does a remarkably proficient job.

Bush’s voice remains a wonder. These days it’s deeper and huskier, cross-hatched with bluesy ululations and soulful stylings. On the opening “Lily”, she sings like a lioness, drawing sparks from the words “fire” and “darkness” over a thick, plush groove. During a terrifically showbizzy “Top Of The City”, she rises from a serene whisper to a banshee howl. Riding the chimeric reggae of “King Of The Mountain” she transitions from sensuous earth mother to lowering Prospero, summoning the tempest during the tumultuous, drum-heavy, propulsive climax.

This is a key moment in Before The Dawn, a hinge between the straight gig and the theatrics which follow. From now on, listening to the album is sometimes akin to hearing the soundtrack to a film being screened in another room. Act Two, The Ninth Wave, is particularly tricky in this regard. The conceptual suite about a woman lost at sea after a ship sinks lends itself to a sustained visual experience, but has to work harder on record. At Hammersmith, “Hello Earth” was staggeringly operatic, as dramatic and contemporary as any modern staging of The Ring or Parsifal. Here, it is merely – *merely* – a magnificent piece of music.

Similarly, onstage, “Astronomer’s Call”, co-written with novelist David Mitchell and voiced by Kevin Doyle, aka Molesley in Downton Abbey, was a technical necessity, a chance to lay out some slightly clumsy exposition while the stage was being re-set. Arguably, there is no virtue in its being included here aside from historical accuracy. The same is true of a sub-Outnumbered, hammy am-dram domestic skit – “shitty shitty bang bang”, “jellyvision” and all – featuring Bertie McIntosh and Bob Harms. It has been shortened, but should probably have been removed entirely.

At times like these, Before The Dawn is unsure whether it’s a cast recording of a West End musical or a live album. The music, however, is uniformly wonderful. On “Under Ice” the band lock into the song’s oppressive, jagged rhythm, perfectly articulating its chilly claustrophobia. “Waking The Witch” becomes a frantic six-minute soul-funk work-out, stabs of organ and distorted guitar merging over the screams of the Witchmaster, played with terrifying plausibility by Jo Servi. “Jig Of Life” is all flinty Celtic rhythm, with Kevin McAlea – the sole remaining member from Bush’s Tour Of Life band – excelling on the uilleann pipes. After the dark drama of “Hello Earth”, “Morning Fog” arrives like light flooding the room. It’s easeful and organic, burnished with acoustic guitar and accordion. Saved from the sea, Bush has slipped out of character and is restored to herself, murmuring like a newly woken lover. When she softly sings “You know what, I love you better”, the crowd embrace it as an affirmation of their enduring loyalty and cheer wildly. It’s a lovely moment.

The meditative feel holds for the opening part of Act Three, A Sky Of Honey. It’s a more unified piece than The Ninth Wave, the songs eliding seamlessly, allowing for full immersion. The mood is slow, stoned, dream-like. “Prologue”, a ten-minute tour de force dominated by Bush’s rippling piano and John Giblin’s lyrical bass, is lifted by a new, jubilant coda. “Ding dong, ding dong, ding dong/Bring it on, break it down… summer!” Bush sings, harmonising with the peal of distant bells. “An Architect’s Dream” and “Somewhere In Between” are spotlit as slinky, sensuous explorations of the creative connections which occur in the liminal spaces. The sultry “Sunset” climbs towards a rattling flamenco climax, Mino Cinélu’s percussive power pushing the song “all the way up to the top of the night”. As Bush sings in her most headily perfumed purr, the thought occurs that her voice has never sounded better. Her maverick instincts, too, remain on point. On “Aerial Tal” she mimics the song of the blackbird over a new-agey wash of synths.

It all leads to the rising, rhythmic 20-minute climax of “Nocturn” and “Aerial”. Amid bells and birdsong, a new tension informs the music. Over an angry squall of guitar and a heavy artillery of bass and drums, Bush wails about her “beautiful wings” – shades of PJ Harvey here – as the music pushes up and up. It ends with frenzied chanting and what sounds like an explosion. Listeners may imagine Bush disappearing in a puff of smoke; in fact, she was hoisted into the air, black wings and all, airborne at last.

The encores wheel back to the show’s no-concept beginnings. She sings “Among Angels” alone at the piano. Almost unspeakably intimate, it’s a timely reminder that, for all the theatrics, if Bush were ‘just’ a singer she would still be utterly remarkable. This is followed by a celebratory “Cloudbusting” – another of her classics which you suddenly realise you’ve never heard performed live, whether by Bush or anybody else – which sounds like the best kind of circus music. Long and loose, it’s a musical smile, “like the sun coming out”. And then it’s over.

At the start of Before The Dawn, after the rousing crowd response to “Lily”, Bush chirps, “Oh thank you, what a lovely welcome!” She says little else until the end of “Cloudbusting” when, clearly moved, she exclaims, “Oh my God! What a beautiful sight! Look at you all, I will always remember this.” Above all else, the album seems to seek to honour that sentiment, a physical testament to an extraordinary shared moment between artist and audience.

There may be an argument for excising the dramatic interludes, and perhaps even a handful of songs, in favour of something leaner and more sculpted. But that would be to bind Bush to the conventions she has spent an entire career challenging, and to misunderstand the ambition and intention behind Before The Dawn. What we have instead is an exhaustive audio souvenir of a momentous event, simply to remind us – and perhaps Bush, too – that it really did happen after all.