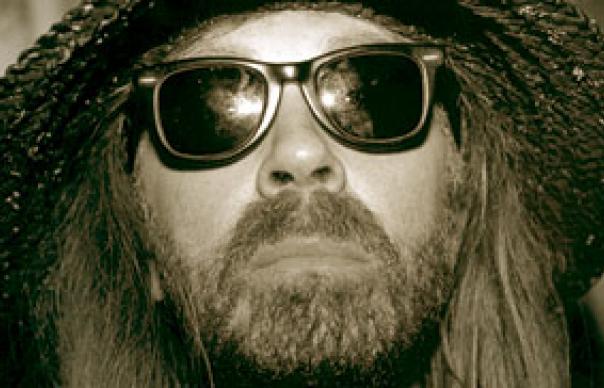 For music fans who once worshipped at the pop altar of Saint Julian, the past eight years haven’t been easy. Books the size of breezeblocks on pagan burial grounds in the Outer Hebrides that have sold, remarkably, in their thousands. Pseudonymous, mail-order-only, instrumental prog-jams in praise of Norse Gods. The patience of those who like their Julian Cope singing, like, songs, with tunes, has been tested beyond all reasonable endurance. Fuck the druid. Whatever happened to the songwriter?

The good news is he’s here on Citizen Cain’d, Cope’s most coherent musical dispatch yet since vetoing the mainstream record industry in the late-’90s and retreating into his own cyber-haven of maximum creative freedom with all its attendant pitfalls of quality control. The bad news is that the first of the album’s two, markedly different discs is very much a false start, tapping into the same regressive Stooges squeal of his latter LAMF/Brain Donor side-projects (opener “Hell Is Wicked” even takes the Iggy schtick as far as mimicking the stabbing, monotone piano of “I Wanna Be Your Dog”). Still, there’s one good joke: “I’m Living In The Room They Found Saddam In”. Reads like a Half Man Half Biscuit song. Plays like “Gimme Danger” from Raw Power with added Bontempi. You get the picture.

We don’t really see the back of Iggy Cope until part two where, at last, the melodic Julian of old returns to haunt us. “Feels Like A Crying Shame” is pure stoner-stuck-in-a-soulful-groove, but the voice is unmistakably that of the man who induced goosebumps on Peggy Suicide‘s “Pristeen“ or, further back still, The Teardrops‘ “The Great Dominions”. It gets better: “World War Pigs” overcomes such titular schoolboy politics in a brawny, rumbling acoustic mantra; “Stomping Dionysus” has all the sparkle of “Jellypop Perky Jean”; “Homeless Strangers” is a beautifully sung, grand ‘70s country-rock lament; and though it lurches into cod-cosmic babbling, the plodding “Edge Of Death” is worth sticking with for its barmy, melodramatic crescendo.

By the skin of its teeth, in extra time Citizen Cain’d manages to claim “best Cope album in a decade” (since 1995’s 20 Mothers). But it’s a scrappy victory from an audibly flawed (not floored) genius.