Julian Casablancas – Phrazes For The Young

Finally, a solo album from the Strokes man. Great. 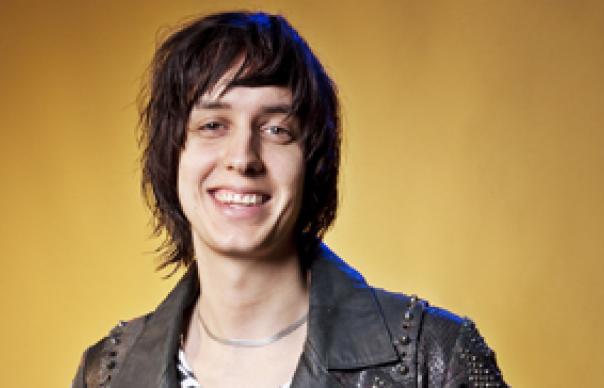 In a certain light, Julian Casablancas could look like a man who had won the battle, but ultimately lost the war. At the turn of the 2000s, when daily newspapers had to strain to accommodate current affairs alongside their White Stripes coverage, Casablancas could take some comfort in the fact that it was his band The Strokes who were the festival headliners, his who had made the defining album of what was rather embarrassingly called the “new rock revolution” and his in fact, that were the more original proposition.

Since then, however, the situation has markedly changed. While Jack White has spent the last several years consolidating his position as the decade’s most productive and exciting American musician, it’s a bit harder to tell exactly what Casablancas has been up to. Even his own band seem to have become frustrated by their singer’s schedule. Although The Strokes aren’t making records, Strokesy records are still being made: by Fab Moretti (with Little Joy), Albert Hammond Jr (his two solo albums), even by bassist Nikolai Fraiture (with his band, Nickel Eye).

And Casablancas? Well, since the third Strokes LP, the singer has got out of bed for such challenging assignments as a Converse ad, and, most recently for an appearance on the album by US comedy team The Lonely Island. Were he ever to have to sit a job interview, this would be the moment of fidgeting in which were discussed the gaps in his CV.

As ‘Phrazes For The Young’ makes abundantly plain, however, that remains an unlikely eventuality. Instead, the album suggests that though its details are closely guarded, this is someone who is still methodically following their own secret gameplan. It would be tempting to take a line from “Out Of The Blue” (one of the first great songs here, in which Casablancas memorably states, “I’m going to hell, in a leather jacket…”) and say that all was essentially unchanged. As it is, Phrazes… delivers most of what one might hope for from the brains behind The Strokes – just not necessarily in the form one might expect it.

Phrazes… is certainly bursting over with core Strokes qualities. There’s the emphasis on minor key tunes of a generally baroque complexity. There are several wry glances cast at the social mores and psychological wellbeing of the writer’s generation. There is also some particularly fine singing, Casablancas finding a way to carry a tune through the most challenging musical landscapes (see: “River Of Brake Lights”). Chief among the differences, though, is the medium through which all this is conveyed. Rather than the scuffed guitar style of the parent band, Phrazes… is awash with keyboards and drum machines, the classic New York circa 1978 sound of the Strokes updated for a new decade – the 1980s.

Rather than a fashionable appropriation of electropop, however, Casablancas has delivered a far less sleek and more nostalgic sound. Throughout, he delivers a mood that homages almost the entirety of the 1980s. “11th Dimension” is effectively both Van Halen’s “Jump” and New Order’s “1963”. The break-up song, “Glass”, is a yearning melody carried on keyboards, but that also features the kind of guitar solo you can only imagine being played by a man in very snug white jeans. “4 Chords Of The Apocalypse”, however, breaks the pattern, being both “Time Is On My Side” and “When A Man Loves A Woman”.

These are songs that, rather than having been dispensed with quickly, have been taken to their logical conclusions. There are only eight here, but they mostly run upwards of five minutes, with a lot of emphasis on multi-textured arrangements. Casablancas also has a lot to say, the songs filled with some amusing observations. “Glass” posits the idea that: “If you want to know somebody/Take a look at their best friends/Diamonds are hers/The dog is his…” Best of all is “Ludlow St”, a deranged country song, which accounts for the fortunes of a Lower East Side thoroughfare, once home to Lou Reed and John Cale: “Faces are changing/Yuppies invading…”

Ultimately, Phrazes For The Young testifies that the qualities that made Julian Casablancas so noteworthy in 2001 remain in place, just a little more difficult to predict. It’s a marathon, not a sprint – Casablancas looks like he’s in for the long haul.

It’s nice to try new things. Everyone took a stab at going outside The Strokes’ filtering process, which I think is natural and healthy. In the meantime, I decided to do the same. With the band it’s compromise – and the appeal here is freedom. The title is not literal, obviously, but I wouldn’t say it’s ironic.

I wanted it to feel kind of modern but I was definitely sonically influenced by scattered weird ’80s things. A lot of ’80s stuff tried to be all futuristic and a lot of them were very cheesy, but a few of them were actually kind of successful. I can’t remember all the names…

That’s what it ended up being, but it started out as a song about being hungover. I just can’t help myself, I get greedy and I want seven layers of meaning in every song. There’s elements of a country song but I tried to take it further and have it be half avant-garde country song /half weird Caribbean-beat space-jam.