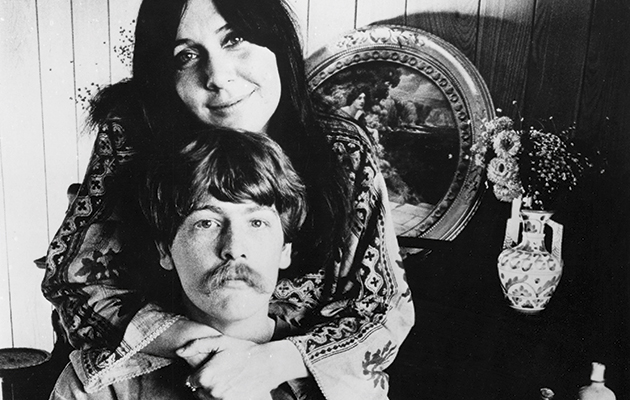 Which of them sounded more strangely unsettling and defiantly unsellable was a close run thing. Yet Trout Mask Replica went on to become canonically revered as one of the most adventurous albums in rock history, while Farewell Aldebaran “took a dive off the pier”, as Yester put it, hardly making enough ripples even to be regarded as a ‘cult classic’.

Yet it didn’t quite sink without trace. Over the years a small handful of devotees of esoterica shared rare, out-of-print vinyl copies, and a poor-quality pirated CD version appeared on the grey market in 2005. Now, almost half a century after it was launched upon an unsuspecting – and deeply unappreciative – world, it gets its first official reissue on both CD and vinyl, remastered from the original master tapes with five previously unissued instrumental demos as bonus tracks.

Dubbed ‘the Queen of the Beatniks’ by Jack Nitzsche, Henske was a veteran folkie who had begun singing in the late 1950s on the hootenanny circuit but had a second string as a ‘chanteuse for the Apocalypse’ performing blues, jazz and alternative cabaret, sometimes on the same bill as the likes of Lenny Bruce and Woody Allen. Her first LP appeared in 1961 and she inevitably gravitated east to Greenwich Village, where she became one of the multitude of folk singers rounded up in Washington Square and signed to Elektra, recording a memorable version of “High Flying Bird”, the arrangement of which was lifted wing, claw and feather by Jefferson Airplane on their debut album.

In the mid-1960s she married Yester, an alumni of The New Christy Minstrels and the Modern Folk Quartet, before he joined the Lovin’ Spoonful as a replacement for Zal Yanovsky. When the Spoonful fell apart, he produced two classic albums for Tim Buckley, and with Henske and their newborn daughter left New York and headed for the canyons, setting up home in Woodland Hills in the San Fernando Valley.

By this time Henske was managed by Frank Zappa’s business partner Herb Cohen, and it was Zappa who suggested she should put to music some of the verse she was writing and record an album for his newly established Straight label. In one of the more bizarre juxtapositions in rock history, Yester was co-producing an album for Pat Boone with Yanovsky, and the crooner’s studio was commandeered to record Farewell Aldebaran with an eclectic bunch of backing musicians that included David Lindley and Solomon Feldthouse from Kaleidoscope, Moog pioneer Paul Beaver, jazz bassist Ray Brown and Tim Buckley’s early collaborator Larry Beckett, as sessions stretched out over a leisurely six months.

The brooding, Doors-influenced blues-rock of the opener “Snowblind” is hardly typical – but then there is no pro forma on an album whose central ambition seems to be to shapeshift as abruptly as possible at every turn. “Horses On A Stick” is a perfect pop song with a merry-go-round melody, suggesting The Beach Boys produced by Todd Rundgren.

“Lullaby” with its zithers and dulcimers sounds deceptively sweet and ethereal but its doom-laden lyric (“The end of the world is a windy place where the eagle builds her nest of lace/I rock you asleep in the cradle of end, listen, baby, to the wind”) proved far too apocalyptically strange for Henske to sing it to the daughter for whom she wrote. “St Nicholas Hall” echoes with Chamberlin and church choir and rises to a semi-operatic crescendo reminiscent of the more melodramatic parts of Goodbye & Hello (which Yester produced), although the anti-clerical satire of the lyric is more Lord Buckley than Tim.

“Three Ravens” is baroque chamber-pop, the raga-folk of “Raider” features the haunting sound of Lindley’s bowed banjo and hammered dulcimer, like early Fairport Convention on an Appalachian day-trip. Yester sings the spooked jazz ballad “One More Time”, before the mood changes dramatically again on the expansive “Charity”, which channels the Fifth Dimension singing Jimmy Webb.

Kept until last, the title track is clearly posited as the album’s grand statement, from Henske’s portentously cosmic verse to its epic Moog-modulated space-rock arpeggios and Dalek voiceovers, a vaulting piece of late-1960s over-reaching ambition as intoxicatingly alien as anything in the lysergic firmament.

It’s a record so singular and sui generis that it’s hard to think of a contemporary analogue; The Flaming Lips, perhaps? Ultimately, the most remarkable achievement of Farewell Aldebaran is that despite the polymathic clash of styles and ideas which saturate the record, there is a thematic cohesion. It’s hard to define just what it is, although perhaps Henske gets close. “I would go out and hear conversations and soak in the weltgeist [world spirit],” she says. “I believe in that. History was touching us like mad back then.”

Q&A
Jerry Yester and Judy Henske
How did the album title come about?
JH: I was really sick. I had a high fever and my brain went to a whole other place. I was lying on a mattress on the floor and all there was for me to see was a bookcase with my set of Encyclopaedia Britannica. I pulled out the volume for ‘A’ and there was an entry on Aldebaran. It’s a red star. If you lived on a planet next to it, when the sun rose it would fill the whole sky. That was so scary. I wasn’t playing with a full deck!

Why did the record fail to sell – was it too alien even for those weird times?
JH: My mother, when I sent a copy to her, about a week later she called up and says, “Is everything OK? Are you guys all right?”
JY: Of all the albums that I’ve been part of, this one has always stood out as being the most fun and free of constraints. I was expecting it to do a lot more, but it was pretty eclectic for its day…

There’s something gloriously inappropriate about the fact it was recorded in downtime from the Pat Boone sessions you were simultaneously working on.
JY: The studio was owned by Pat Boone – Sunwest. The studio manager got to like us, and recommended Zally and I as producers for an album Pat wanted to make, so we just kind of traded off. We were drifting back and forth, so it took a little longer than it normally would. It was good; it would give us time to let something rest and be able to listen to it later.
INTERVIEW: NIGEL WILLIAMSON