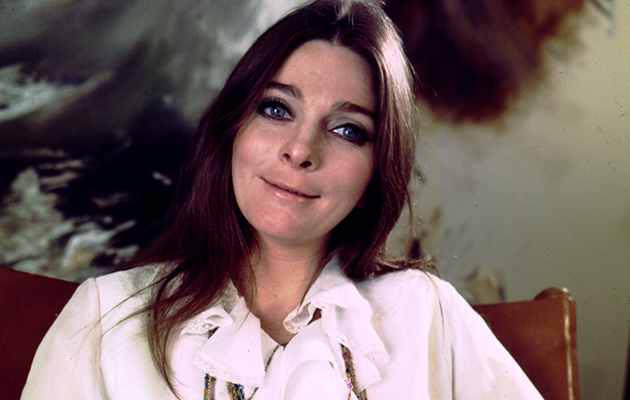 It wasn’t until the seventh album in this eight-disc set that Judy Collins cut her teeth as a writer, her previous six releases training a spotlight on her remarkable talent for interpreting the songs of others. An integral player in the rise of Jac Holzman’s soon-to-be-iconic label Elektra, her crystal-clear diction and persuasive vocal tone arguably made the material she took on more palatable to the masses.

That’s not to suggest Elektra was entirely overrun by inaccessible mavericks touting more challenging beat poetry sensibilities, but a comparatively uncomplicated singer like Collins was always going to be an easier sell to mainstream audiences. Her biggest commercial successes came in the 1970s, courtesy of the hymnal “Amazing Grace” and perhaps the definitive reading of Stephen Sondheim’s “Send In The Clowns”, although her work throughout the previous decade was resolutely in the folk firmament.

Collins began singing as a teenager in Colorado to support her infant son, eventually making her way to Greenwich Village via stints on the folk circuits of Boston and Philadelphia. Once settled in New York she was wooed by Columbia Records’ venerable A&R guru John Hammond, but instead accepted a deal with Holzman, who was on the lookout for a female star to emulate Joan Baez’s burgeoning word-of-mouth buzz at rival label Vanguard.

Her 1961 debut, A Maid Of Constant Sorrow, relied heavily on traditional Celtic mores, with a smidgen of protest sneaking in the back door on Ewan MacColl’s ode to wrongful conviction “Tim Evans”. Golden Apples Of The  Sun followed a similar blueprint,  albeit with Collins in possession of  a more confident, assured voice,  but it was Judy Collins 3 that  cemented her reputation with its eloquent reupholstering of Dylan  (“Farewell”, “Masters Of War”), Pete Seeger (“Turn! Turn! Turn!”) and Woody Guthrie (“Deportee”), all arranged by Roger McGuinn. The album was especially popular on college campuses, the onus on more urban, hipper writers proving irresistible to listeners less enamoured by the traditionalism of her previous outings.

She followed it in 1964 with a live release, The Judy Collins Concert, but rather than cherry-pick the best-loved material from earlier sets it was a savvy collection designed to build career momentum. Recorded at New York Town Hall, it also served as a showcase for the Village’s most talked-about tunesmiths; Dylan was represented again, alongside Fred Neil, Shel Silverstein and three songs apiece penned by Tom Paxton and Billy Edd Wheeler.

By now, securing a song on a Collins album was seen as a badge of distinction, and returning to the studio for Fifth Album she brought her own inimitable spin on Gordon Lightfoot’s “Early Morning Rain” and equally emotive material by Phil Ochs, Eric Andersen and Richard Fariña, while also delving into  the Dylan catalogue again, twice. In tandem with …Concert, it was a brace of records that made her folk’s most acceptable and dependable name, but something more adventurous was on the horizon.

In My Life (1966) was, to a degree, a radical departure, owing to its dramatic orchestral arrangements by noted academic Joshua Rifkin. Naming it after its cover of a Lennon & McCartney high-water mark didn’t hamper its chances, nor did the smart selection of songs by Leonard Cohen (“Suzanne”), Randy Newman (“I Think It’s Going To Rain Today”), Donovan (“Sunny Goodge Street”) and, further afield, compositions from the likes of Jacques Brel and Kurt Weill. Risky on paper, perhaps, it has proved to be one of the most enduring albums of her career, and the first to reach sales of half a million.

Collins brought self-penned material to market for the first time on Wildflowers, and it’s neither harsh nor dismissive to suggest her efforts weren’t as pleasing as her skilful adaptations of other people’s songs. “Since You Asked” possesses a naive, simplistic charm, but the record is most distinguished by her smash-hit cover of Joni Mitchell’s “Both Sides Now” and the articulate heartbreak of Cohen’s “Hey, That’s No Way To Say Goodbye”.

Usual suspects Cohen and Dylan feature again on Who Knows Where The Time Goes?, graced by a title track that never veers far from the Sandy Denny original (a rare instance of Collins reluctant to further embroider the fabric of what went before) and more pop-chart success with Ian Tyson’s “Someday Soon”. The album is at its most introspective on its opener, Rolf Kempf’s “Hello, Hooray”, which, a few years down the line, would provide Alice Cooper with a  monster hit single.

When Holzman left Elektra in 1973, Collins opted not to follow her mentor out of the door but to stay within the family that had nurtured her talent and helped it blossom. While rarely given the firebrand cachet enjoyed by contemporaries Baez or Buffy Sainte-Marie, and all too often lazily branded a sweet-voiced chanteuse bordering on MOR, Collins was – and is – an undeniably innovative performer.

The calibre of the songs on these eight albums are cast-iron evidence of a wise head making informed choices; her willingness and hunger to stretch the parameters of not only those songs but her own vocal style demands she be taken as seriously as any ’60s figure whose body of work came overwhelmingly from their own pens.