Fifth album from soft-rock maestro: a bittersweet farewell to his hometown 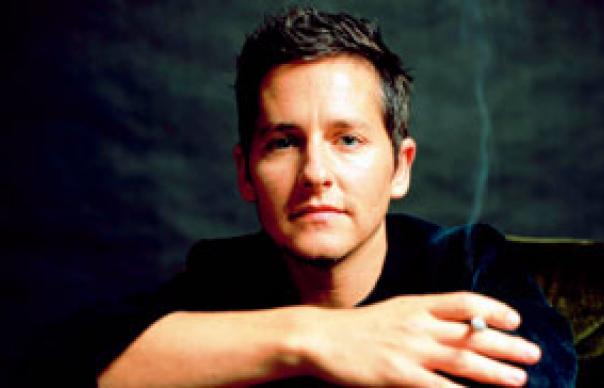 Eighteen months ago Josh Rouse, born in 1972, released a sunbaked album named after that year. It turned out to be prescient nostalgia. Since that mellow, much-acclaimed record, similar blue-eyed soul and knowing but never smart-ass West Coast soft-rock has moved from chronically unhip to only-slightly-ironically in vogue. The ‘70s singer-songwriter thing has been refracted through everything from Dionysian dance samples to the Scissor Sisters’ treacly retreads, from the Guilty Pleasures compilations to the re-imaginings of newcomers The Magic Numbers. If the notion was then a new direction for Rouse after the raggedy Dressed Up Like Nebraska (’98), and spare, introspective Home (’00) and Under Cold Blue Stars (’02) (not forgetting the collaborative EP with Lambchop‘s Kurt Wagner, Chester), you’d have to say he’d be savvy to stick with it now.

On Nashville, he does and he doesn’t. This lovely set of songs is clearly au fait with the oeuvres of Bread, America and Carly Simon. But while some numbers borrow their blissed-out glow, others re-introduce the troubled heart which stoked Rouse’s earlier albums. His personal life has seen flux. The soul is skinny-ribbed and of pasty, stoner complexion. It’s whispered, not wailed. Brad Jones’ production is again deft, with a ruthless smoothing of edges which will have you recalling names you’d – for better or worse – forgotten. Let’s get them out of the way: Lobo (of “Me And You And A Dog Named Boo”, er, fame – his influence, and this isn’t something we get to say often, can be felt everywhere), The Eagles, Gerry Rafferty, Eric Carmen, Randy Edelman, and Boz Scaggs. Lots of Boz Scaggs.

You’re either nicely warmed up now or running screaming for the hills. Yet Rouse remains Kurt Wagner’s favourite songwriter, and for many is a talent to outrank Ryan Adams or Conor Oberst. As ever, it’s not so much about the sound as what you do within that sound’s parameters. Rouse takes the idea of Nashville – as music nexus, as state of mind – and does everything he can to swerve its inherent cliches and preconceptions. Alongside the warmth, dark wit and wordplay, it ensures this is miles away from Grand Ole Opry corn.

Like Robert Altman’s film, Josh’s Nashville is about the Nashville less celebrated in the mythology or tourist guides. After living there for ten years, Rouse, now divorced and tee-total, has moved to Altea in Spain. When he spoke to Uncut back in December ‘03 he’d given up the demon drink – “It was whiskey that did it” – after a three-day hospitalisation with pancreatitis the previous New Year‘s Eve. His band had been “hitting it pretty hard” on the road. Admitting to being “pretty wild” in his younger days with “a lot of girlfriends”, he was married now (his wife took him to the emergency room). The marriage, however, ran its course, and often in his Nashville we glimpse, through half-open windows and doors, regrets and reflections on a completed romance.

Rouse retains affection for the city and his experiences there: this is both fond farewell and love letter – presumably to the relationship as much as to the place. His more confessional lyrics are cryptic rather than gut-spilling. In the opening track “It’s The Nighttime”, with its sly chorus, the surprising “We could go to your room/ I could try on your clothes,” subverts any sweetness. For all the ghosts of Dylan and Van seeping through, he also shares the punkier hangovers of Wilco and Bright Eyes. His Nashville is not simply Pleasantville. “Winter In The Hamptons” follows, with subliminal handclaps, layered “ba ba ba”s like Stone Roses without the acid fog, acoustic guitars picking melodies that revere but don’t rip off The Smiths’ “Bigmouth Strikes Again”. “Where do we belong?” he asks, tellingly. “We’ve stayed too long…”

He lilts into “Streetlights”, a song about procrastination and self-delusion: “You don‘t have a master plan, but you will start today.” “Carolina”’s an easy shuffle, but “Middle School Frown” echoes Keef’s clipped, reverbed guitar technique of Tattoo You, and tells tales like early Springsteen. “When I moved to California when I was 13 or 14”, Josh recalls, discussing the track, “I became friends with the first New Wave girl I met there, and she was pretty weird. Then at school I met other people who wouldn’t hang out with her. So I fell in with the clique and disowned her, cos I wanted to be cool too. It was exactly like that movie Heathers.”

The album’s signposted as having a side A and side B, and B begins with the delicious “My Love Has Gone” – “Love ain’t special, love ain’t great” – which captures long hours of pining while lying Chatterton-like on the sofa. If this is his divorce song, it delicately evades self-pity. “Saturday” slides through arcing melodies before reaching an irresistible falsetto refrain of “woo-hoo-hoo”. Rouse again subverts the form: “I would swim across the ocean, I would lay down on a bed of nails,” he begins, adding, “But I’ll spare you all the bullshit, I will spare you all the desperate details.” The world-weariness, underscored by harmonica, is in itself romantic.

“Sad Eyes” is a big piano ballad, a restructuring of timeless motifs in the manner of Rufus Wainwright, complete with strings and a tricksy middle eight which highlights Jones’ knack for grace. The would-be fingersnapping “Why Won’t You Tell Me What” is – again the unfashionable reference point is bang on – Boz Scaggs’ “Lido Shuffle”, right down to the chord changes and the way the piano rocks out as much as a piano can. “Life”, the frail, sappy closer, is Bolan’s “Life’s A Gas” but with even more twee lyrics. For all its faults, needless to say, the playing throughout is sublime.

If you liked 1972 in 1972, or liked 1972 in 2003, you’ll find yourself swimming with this. Perhaps he should’ve named it Beyond Nashville, or After Nashville, or even Leaving Nashville. He’s moved on, but his crafted, gorgeous cunning won’t leave that cityscape in your head for a long, long time.