Intimate recording of a master at work 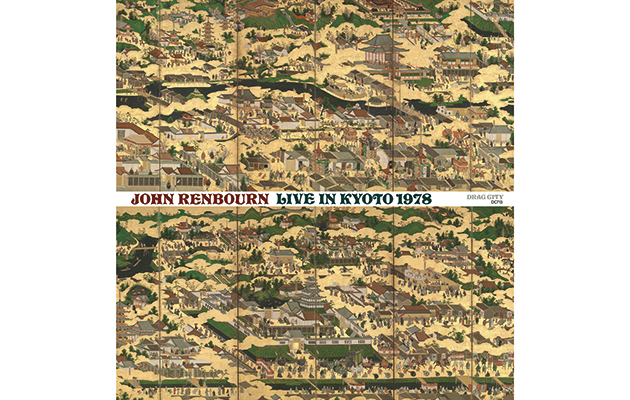 The yin to Bert Jansch’s yang, John Renbourn was garrulous where his colleague was taciturn. Where Jansch was passionate, a player driven by mood, Renbourn was more reliable, a staggering technician. Jansch seemed to find performance a necessary evil; Renbourn, as he is on this live tape at a small club in Japan is expansive and feeding off the developing vibe in the room.

This, an enjoyable recently-discovered set from the Jittoko coffee house recorded by an audio archivist named Satoro Fujii, displays Renbourn in full solo effect – an entertaining and highly-accomplished companion. In a charming and unselfconscious way, it also tells you a lot about the pursuit of folk music 15-20 years after the boom of the 1960s folk revival.

As Fujii’s recording illustrates, it’s a fringe pursuit, but it’s one with a committed following. Apparently in town – according to the low-key notes by Ghost guitarist Masaki Batoh – to visit a local sitar player, and unimpressed by his own show the previous night in Osaka, it’s also a pursuit which Renbourn makes something like a personal musical autobiography. Incorporating early influences (the set begins with “Candy Man” and his almost unnecessarily virtuosic take on Davy Graham’s “Anji”), it moves through an interest in English folk song (“John Barleycorn”), and other English material, some of which doesn’t mention beer.

Chief among these are a medley of dances (“Lamentation for Owen Roe O’Neil/The Orphan/The English Dance”), which underscore the courtly formality which is the foundation of Renbourn’s playing. It’s a lovely selection of music, in which he uses the guitar to create something like a hanging embroidery, the crowd audibly in awe of what he’s creating in front of them.

Culturally-speaking, it’s all clearly a far cry from the rowdier, more bibulous UK folk clubs and university gigs to which Renbourn would have been more habituated. Rapt and respectful attention is afforded the show as Renbourn braces rags, traditionals and blues with his particular elegance. Still, faced with the jawdropping fluency and swing he brings to the medley of dances, the crowd are moved to a respectful whoop and to clap along (“No faster,” Renbourn insists, only part joking).

Ice fully broken, a drink is offered to the stage (“Friendly persuasion…”) the guitarist explains his next choice of material as being the work of German renaissance lutenist Hans Neusidler, who wrote many “bad tunes”. Gently, he explains that the medley he will be playing changes key in such a way as to “make people’s eyes hurt”. As it turns out it sounds entrancing in an almost north-African manner. Lightly worn erudition, good cheer and technical mastery. It’s a difficult equation to balance, but this product of a deep immersion in music, the sound of a master at work.