This is Hip!: 4CD box set of the blues colossus 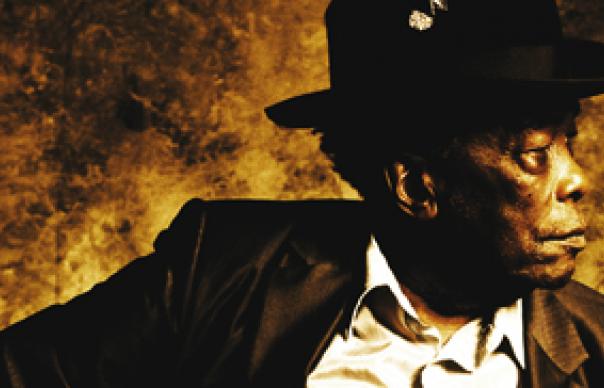 Some musicians arrive fully formed. From the outset John Lee Hooker appeared hewn from primal matter – Mississipi mud, perhaps? Listen to “Boogie Chillen”, his first record from 1948, and you have his essence in three minutes: the chugging electric guitar, clanking like a steam train; vocals that at once confront and converse; a semaphore stomped out by foot; the prophetic declaration from infancy, “Let that boy boogie woogie, cos it’s in him and it’s got to come out…”

Skip 45 years, during which the boogie woogie had poured out, and the same simplicity – guitar, voice, foot-tap – animates a spine-shivering “Tupelo”, his account of the 1927 Mississippi flood. The voice is deeper, grainier, but otherwise nothing has changed.
By then, Hooker was the planet’s best known bluesman, his fame exceeding anything he could have imagined when playing bars in post-war Detroit, and surpassing that of more accomplished pioneers like Muddy Waters or BB King. Yet just a decade before, Hooker could barely give away an album. What happened? Astute management helped, smoothing the way to the superstar duets that lit up his autumn years. More importantly, a fedora’d Hooker had become iconic, appearing in TV adverts as if carved from timber, a totem of authenticity for an age of bogus celebrity.

The 84 tracks here return us to the wellspring of his fame. Hooker’s recording career was labyrinthine, involving a bewildering number of labels and licensing deals, re-making old material and recording under pseudonyms. Finally, that prolific output is set in chronological order, with only a few quibbles about the choices made.
Born into a share-cropper’s family in the Delta, where he learnt guitar from his step-father, Hooker held fast to the visceral mysteries of rural blues – check his lusty, moaning “Crawling King Snake” – while yoking them to the electric crackle of the industrial north – check the distorted guitar snarl of “Down Child”. Having made his name with tough urban hits like “I’m In the Mood”, Hooker was happy to cut an album of acoustic ‘folk-blues’ that endeared him to the coffee house circuit (for whom electricity was anathema).

European audiences of the 1960s made standards of 1956’s “Dimples” and 1961’s “Boom Boom”, laconic masterpieces both, though Hooker’s unstructured style – he frequently stretched 12 bars into 14 or 16 – left him less influential than, say, Muddy or Wolf. Discs two and three here mop up Hooker’s ‘50s and ‘60s heyday; hits like “No More Doggin” and “One Scotch”, impressive live shows alongside Otis Spann, Willie Dixon and Buddy Guy, and Hooker’s surprisingly successful 1970 alliance with Canned Heat.
The comeback years on Disc Four – with, Keef, Van, Eric et al – have already endured less well, but doubtless make commercial sense, and Carlos Santana’s re-imagining of Hooker as “The Healer” remains inspired. Hooker is testament to how deep the healing went.