Finally at peace with his past, Creedence legend makes storming return 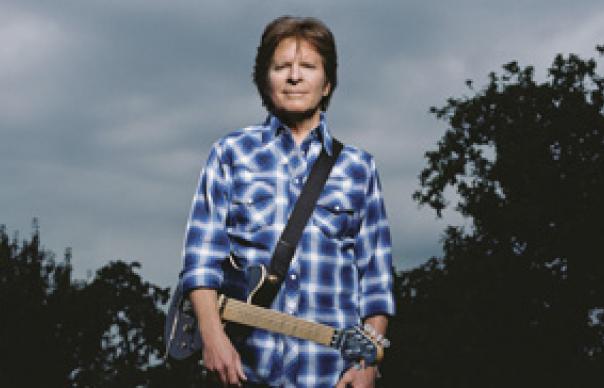 The astonishing run of 10 top 40 hits Fogerty masterminded for Creedence Clearwater Revival between 1969 –1970 cast a daunting shadow over every move he has made since. Even on solo reawakenings (1984’s Centrefield, 97’s Blue Swamp Moon) unfinished business with old band and his old record company loomed large.

Now, after years of court actions, Fogerty says its “surreal” to be back on the Creedence Fantasy label, cause of so much legal pain. And indeed there’s something surreal – and inspirational – about the album itself. ‘Revival’ lives up to its title, providing 12 songs that, while rooted in an idealistic, mythic American, offer rallying cries that are as blisteringly contemporary as “Fortunate Son” or poignantly timeless as “Who’ll Stop The Rain”.

From the opening “Don’t You Wish It Was Time”, Creedence’s secular rock gospel provides the template. “Gunslinger” calls for old west/Old testament style retribution with tender longing, while “Creedence Song” is the most explicit of several examples of a man at peace with – and determined to extend – his legacy.

Continuity is the key here, as Fogerty reprises the paranoia of “Run Through The Jungle” for the Bush-baiting guitar and harp clangour of “Long Dark Night”. There’s striking self-awareness in “Broken Down Cowboy” and a fiercely moralistic pot shot at rich and famous rehab rockers on the incensed and inflamed “It Ain’t Right”.

Then, barely pausing to draw breath, Fogerty roars into the vehement anti Iraq war tirade “I Can’t Take It No More”: a breakneck tirade that says more in 1 minute 38 seconds than the whole of Neil Young‘s lumbering ‘Living With War’ album. “Longshot” is a valiant finale – a Fogerty mission statement delivered with raw cheek and whip-crack humour. Reassessing the past and reengaging with the present, ‘Revival’ lives up to its name. One of American pop culture’s most potent and direct voices just threw down the rocking insurrection gauntlet, right on time.

Q and A: JOHN FOGERTY

What effect did settling your dispute with Fantasy have on your songwriting?

JF:”It made a big difference to me as a person, emotionally and psychologically. Being relieved of all that anger and bitterness definitely helped free up my creative process. I feel like I am back in the sunshine now.”

The songs have several references to your past…

“The album title was my wife’s idea. For obvious reasons I wasn’t too keen on it but just went with the flow. With this record I decided to stay in the middle of rock ‘n’ roll. Staying in rock n roll was quite a discipline because as you get older you develop a lot of interests.”

George Bush is a presence throughout the album, has he been an inspiration?

“Years ago I used to say that Richard Nixon is an endless source of inspiration, maybe it’s the same with Bush but I hate to give him that much credit.”