Breathtaking and bittersweet: Joey’s crown jewel, a stunning coda to the Ramones' saga... 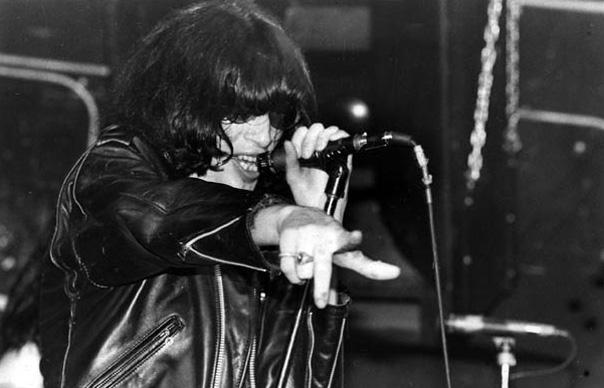 Breathtaking and bittersweet: Joey’s crown jewel, a stunning coda to the Ramones’ saga…

When the Ramones finally wound down in 1996, after twenty-plus years as the hardest-working, least-lucky band in punk/rock, who could’ve foreseen the tragedy ahead?

By 2004, Johnny, Joey, and Dee Dee were dead; ugly truths emerged in books and film; and in a typically cruel irony, their legacy in death far outstrips their modest, real-life success. The Ramones’ trail went truly cold.

But here, after endless legal wrangling and some deft studio trickery (take a bow, Ed Stasium), is a reminder of both the glory days and what might have been: Call it Joey’s rockin’ requiem for the ages. Sweet vulnerability and soaring anthemry, softy sentimentality and machine-gun guitars, … ya know? cuts deep, with the best singing and wiliest melodies of his career. Three teeth-rattling rockers open— highlighted by the careening, snap-out-of-it-girl missive of “Going Nowhere Fast.”

Power pop pearls abound, too, including a tight, taut nod to T. Rex (“21st Century Girl”) and “What Did I Do to Deserve You?,” jangly riffs swiped from the Traveling Wilburys. A heartbreaking, acoustic “Life’s A Gas” is the poignant closer, and others, from the surging Eddie Cochran-style blast of “I Couldn’t Sleep” to the girl-group paean “Party Line,” are a hoot. The album’s spiritual, emotional centerpiece, though, is the astonishing “Waiting For That Railroad,” all lovelorn introspection, wherein gentle acoustic guitars gradually
reveal a wistful, resplendent Spectorian Wall of Sound.
Luke Torn