Janis Joplin – Janis: The Way She Was 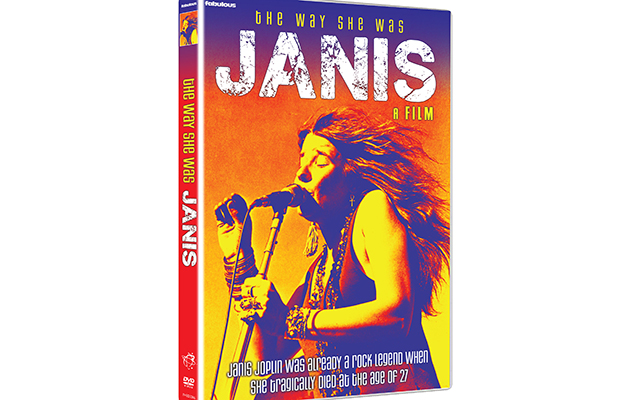 In 1973, when Howard Alk and Seaton Findlay were putting together this documentary about her life, Janis Joplin was only three years gone, but a mythology had already grown up around her. In common with Brian Jones, Jim Morrison and Jimi Hendrix, the tales of Joplin’s drinking, drugging and serial provocations – which culminated in her death from an overdose in October 1970 – had already become enshrined in legend.

Within this context, the subtitle of Alk and Findlay’s 90 minute portrait is no afterthought. The directors’ aim, clearly, was to return Joplin to flesh and blood, focusing on her achievements as a music maker rather than a hell-raiser. They placed at the film’s centre frequently remarkable footage – some of it from Monterey and Woodstock, but much of it less well known, culled from European concerts and TV shows – of Joplin performing “Mercedes Benz”, “Ball And Chain”, “Piece Of My Heart”, “Me And Bobby McGee” and nine other songs, backed by Big Brother and the Holding Company, Kozmic Blues Band and the Full Tilt Boogie Band.

Much of it is electrifying. After becoming distraught during a rehearsal (a friend had been busted and then screwed over by his band mates), she delivers an extraordinarily visceral version of Gershwin’s “Summertime”. Her performance of “Try (Just A Little Bit Harder”) on the Dick Cavett Show is similarly gutsy, but much more fun. Bedecked in purple and green boas, she tears around the stage like some shamanic medicine woman – and the interview is a blast, too. Entertainingly, Joplin rarely seemed to dress down. In Germany, her outfit suggests that at least one polar bear gave up the ghost for the noble cause of blues-rock.

Though it’s now 40 years old and its production values are rudimentary, The Way She Was feels remarkably contemporary in terms of its free-flowing construction. There is no commentary. Instead, a plausible narrative is stitched together from archive interviews and live footage. In a film refreshingly free of retrospective analysis from solemn, wise-after-the-fact elders, the undoubted tragedy of her early demise is not allowed to unbalance all that came before.

Without cleaving to anything as rigid as a linear narrative – Alk, after all, worked with Bob Dylan on Eat The Document and Renaldo & Clara – the film follows Joplin through her early life to her position as the most powerful and confrontational female rock singer of the late 1960s. In early interview footage, as grainy as it is frank, she recalls her childhood in Port Arthur, Texas – “they laughed me out of class, out of town and out of the State” – and her life-changing discovery of the blues and Lead Belly. Her move to San Francisco in the mid-60s was a burned bridge. There is terrific footage of her returning to the town after her success, strutting like a conquering queen but wearing the wounds of earlier humiliations heart-breakingly close to the surface.

The interviews reveal her as a mercurial spirit, irreverent but acutely sensitive, articulate when the mood takes her but rarely far from the sense of chaotic spontaneity which was given full rein while she performed. Life is portrayed as an eternal battle between the “straights” and the “free people”. Her on stage raps about “getting action”, “being turned on” and “working your sweet ass” may not have worn well, but in this context they reveal as much about her motivating forces as any interview. “If you’re a woman, you already know what you’re looking for,” she drawls to the crowd during “Tell Mama”. “I found out at 14 years old and I’ve been looking ever since.”

Elsewhere, she talks unguardedly about the emotional depths she plumbs when singing. “It’s real, it’s not just a veneer or a performance, it’s a moment when you get inside yourself,” she says. “I’m just trying to feel and not bullshit myself.” The implication that hangs over the entire film, of course, is that she went further into her own pain than was healthy. Every performance here is undertaken at full tilt, and if at times one yearns for her to dial things down a little, such a notion fundamentally misunderstands the subject of this documentary. That simply wasn’t the way Janis Joplin was built.