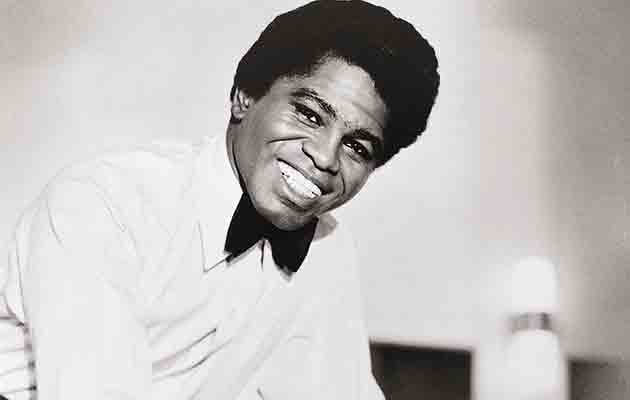 THE ONE. James Brown was obsessed with The One. It signified the first and over-emphasised beat of the 4/4 rhythm of funk, the music that Brown and his band spawned between 1965’s “Papa’s Got A Brand New Bag” and 1967’s “Cold Sweat” – both numbers have a claim as funk’s founding charter. And, of course, The One signified Brown himself, Mr Dynamite, the amazing Mr PleasePlease, the Hardest Working Man In Showbiz, Soul Brother Number One!

As an act of self-invention, Brown has few rivals in pop. Abandoned by his parents, he was raised by his aunt in the beer-joint-cum-brothel she ran in poverty-stricken Carolina. In his teen years he spent time in prison before music rescued him. A competent drummer, a supercharged vocalist and a dazzling dancer, Brown clawed his way up through 1950s black showbiz with a mix of raw talent, iron determination and a patrician white manager. The ‘hardest working’ tag was no idle boast; Brown worked his band 360 days a year, burning up the chitlin’ circuit before claiming New York’s Apollo for his coronation, the resultant 1963 live album becoming a fixture in black family homes.

Thereafter Brown’s career was a series of peaks that are the focal points of Alex Gibney’s mesmerising documentary: his nationwide TV appearances on the T.A.M.I. Show and The Ed Sullivan Show, his sequence of groundbreaking hits, and his role as black spokesman and peacemaker during the insurrections of the civil rights era – following the assassination of Martin Luther King in 1968, a Brown concert forestalled a riot in Boston. When Brown changed his hairstyle from glistening, pompadoured ‘process’ to frizzy ‘natural’ in 1967, America’s ghettos followed suit, while 1968’s “Say It Loud – I’m Black And I’m Proud” busted the ghetto snobbery that held light skin superior. “Overnight, the dark-skinned girls were the ones everyone wanted,” recalls the Reverend Al Sharpton, a fan and later friend of Brown. And when “Sex Machine” arrived in 1970, the whole world hit the dancefloor.

Doing justice to such a gargantuan career and the complex, private man behind it calls for delicate judgment, and Gibney supplies it, lacing terrific archival footage of Brown’s live shows with pithy interviews from the man’s band and entourage. “A tyrant”, to quote one band member, Brown fined his musicians for missed cues, flat notes, dirty shoes… anything that caught his fancy. Onstage the group wore uniform “to show they were proud to belong”, and checking into a motel from the tour bus they were expected to show up suited and booted as
a mark of black pride.

Brown’s band respected and even loved their leader, though, as one remarks, you couldn’t tell him so because he would see it as weakness. Drummer Melvin Parker recalls pulling a gun on his boss as the singer was shaping up to punch his brother, saxophonist Maceo Parker. None of Brown’s talented band saw a bean in royalties, even saxophonist Pee Wee Ellis, whose arrangements shaped Brown’s sound, not least on “Cold Sweat”, where Ellis harnessed Miles Davis’ “So What” for the song’s coda. When his band finally rose up in protest in 1970, Brown promptly recruited a younger team led by bassist Bootsy Collins and his brother Catfish.

Of Brown’s private life there is no hint, and his decline and fall are beyond Gibney’s remit, though there is an engaging chapter on his influence on the hip-hop generation and ’80s stars like Michael Jackson and Prince. What Mr Dynamite does is take us deep into the engine room of Brown’s music and give witness to his originality and supernatural performing talents. Brown’s confused, ambiguous politics – he was bamboozled and used by President Richard Nixon even as he championed black America – are deftly dissected, along with a psyche that bore the scars of his childhood abandonment – Brown trusted almost no-one, and naively thought that if he could succeed, so could anyone. “He was a civil rights movement of one,” opines tour manager Alan Leeds. Finally, Mr Dynamite is more than a portrait of James Brown – its rich blend of anecdotes, insights and rare archive footage paints a vivid picture of a troubled, tumultuous era in American history. Unmissable.