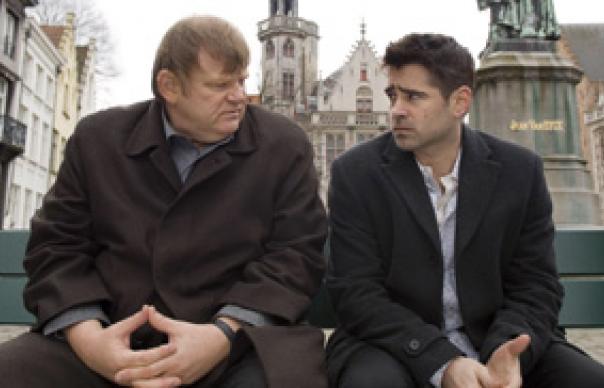 Atonement would have made an appropriate title for playwright Martin McDonagh’s first film as writer-director. A black comedy with High Church knobs on, this posits the scenic Belgian city as hell on earth. At least, that’s how it appears to Ray (Colin Farrell), a hit man who has been ordered to lay low there with partner Ken (Brendan Gleason). The older man revels in the medieval churches, the history and the art, but it’s only when he bumps into the mysterious Chloe (ClŽmence PoŽsy) that Ray begins to perk up.

McDonagh has been compared to Quentin Tarantino before, and it’s obviously not something he’s running away from. Mixing low-key character comedy, spurts of grotesque violence and arias of profanity, McDonagh is playing a familiar game here, but he’s more than capable of ratcheting it up to a pitch of rollicking delirium (to take one obvious example, the American dwarf’s inebriated rant about a race war). He’s nowhere near as good with the camera as he is with words, and the film’s allegorical pinnings get the better of him in the end, but Gleason’s beatific performance is a significant bonus.