IGGY AND THE STOOGES – RAW POWER

Fine 3CD reissue with live bootleg and much more... 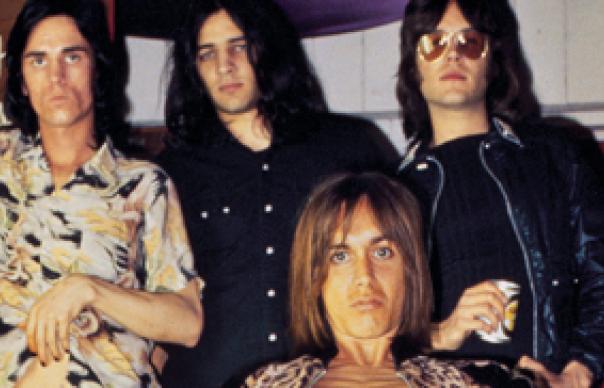 Is there some rock law about archive sets, where the less success you have, the more your work is catalogued, fussed over and released in luxury annotated collections? “Yes” would appear to be the answer, judging by the career of Iggy and/or The Stooges.

With seemingly every gig they ever recorded now available, and with a million comps, remixed LPs and officialised bootlegs out there, bands like the Stooges rival the then-even-more-unpopular likes of Throbbing Gristle and Suicide for posthumous prolificacy. We’ve all become used to acts releasing more records after death than when alive, but it now seems that the Stooges – unloved and unsuccessful in their addled heyday – are about to rival one-man heritage sausage machine Neil Young in their updated back pages.

You’ve probably, if you’re reading this, already got Raw Power by Iggy & The Stooges, the 1973 album by Ann Arbor’s unfinest. You may have the original Bowie-produced vinyl, the “original” CD, or even the 1996 “violent” CD remixes by Iggy Pop. Perhaps you even have the Georgia Peaches live bootleg, from the October 1973 concert at Richards in Atlanta. If you’re still reading this, you quite possibly have all of those items and are wondering what’s actually new in this collection. Good question; how many times have we obsessives bought some hand-tooled tool of a boxed set or limited edition padded out with dance mixes and something horrible with Elton John on backing vocals? Too often.

I am happy to relate that this new Raw Power is nothing like that. Bowie’s original, insane, “tell the guitar to get DOWN from there” mix is restored, as mad and non-linear as it always was, but sounding as clean as hell ever can. (Some of Iggy’s ’90s mixes turn up right at the end, like weird relatives late for a wedding.) This is the best Raw Power has sounded since it was first humiliating people’s turntables in the 1970s. The live CD, which is the Georgia Peaches bootleg, sounds excellent, radio broadcast quality, and is notable for a) the frequency with which Iggy insults the audience and b) the length of some of the songs. It’s like being there, except Iggy can’t hurt you. And it ends with the Raw Power out-take “Doojiman”, where Iggy sings made up-noises for quite a while. It’s very good.

The third CD is more of a grab-bag, but you won’t be bored. “I’m Hungry” is, essentially, “I’m Bored” and “Five Foot One”’s granddad over the backing track to “Penetration”. “Hey Peter” (“where you going with that sandwich in your hand?”) is a bit silly. And there are Japanese 45 mixes of “Raw Power” and “Search And Destroy” that are brilliantly rough.

Listening to this not as a collector, you are continually impressed with James Williamson’s guitar playing, which is as near to free jazz metal as common sense will allow, with the relentless and also gleeful grind of the rhythm section (the Ashetons, sulking like they mean it), and of course Iggy himself. On this LP, he combines both the scariest elements of the early Stooges and, astonishingly, the South Park grinny loveable pop star that he would one day, absurdly, become.

Most of us will be perfectly happy with a single Raw Power disc; the rest will consume this genuinely excellent set, with its booklets, photos and almost complete absence of dud moments, and wait for the forthcoming Arista collection of “Pumpin’ For Jill” remixes. I wish.
DAVID QUANTICK