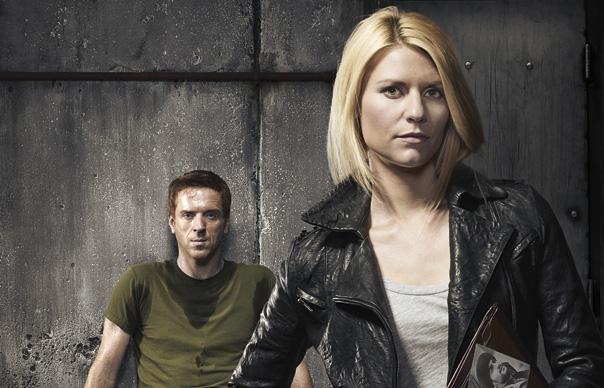 Jonathan Demme tried the official movie remake in 2004, but it took American television to come up with a Manchurian Candidate that really fits the mood of the moment. Anointed by Barack Obama as his favourite show, Homeland is based loosely on an Israeli TV drama, Prisoners Of War (also released). But it draws its true DNA from John Frankenheimer’s paranoid classic of 1962.

Once again, we are in the company of the enemy within. We see a soldier who has made it home after enduring enemy capture, paraded as returning hero. And then we are presented with the notion that, while he was away, this hero was secretly turned, brainwashed by his captors, and is now a timebomb, primed to go off in the heart of the USA. And, once again, on his trail comes a solitary figure who is sure something is very wrong, but whose credibility is undermined by their own problems.

Homeland comes into its own with its lonely investigator, CIA Analyst Carrie Mathison (a superb Claire Danes). Frank Sinatra was a troubled soul in The Manchurian Candidate, but compared to Carrie, he was the picture of health. As we discover, she isn’t simply driven by the sharpened paranoia beneficial to anyone in her profession: she’s suffering a bipolar disorder she hides from her bosses, popping anti-psychotic drugs provided by her sister, a doctor. The object of her obsession is Nick Brody (Damian Lewis, seizing his finest role since 2004’s Keane), a US Marine found in Iraq after being held captive, missing presumed dead, for eight years. Home again in a blaze of stars and stripes, he seems to match information Carrie received years before: “An American prisoner of war has been turned.”

Against orders, she secretly installs surveillance in his house, spying on him and his family, her own private Big Brother. Nick is a stiff, silent stranger. Thinking him dead, his wife had begun an affair with his best friend. His kids barely know him. It’s Brody’s relationship with Carrie, however, that comes to dominate. But is she right?

Fans caught in Homeland’s pull and impatient for the second series may be intrigued to see the Israeli original. But Prisoners Of War [also released] is a different proposition: slower, more meditative, less concerned with thriller moves. It follows Nimrod and Uri, two Israeli Defence Force reservists released from captivity after being held in Lebanon for 17 years, who return home bearing with them the body of another man, and some secrets. Hailed as heroes, they consider themselves traitors, struggle with guilt and post-traumatic stress as much as the changes that await in the home they barely recognise.

It’s smaller, more reflective than Homeland, and more moving. But it’s the US hit that sinks its hooks in. Homeland has drawn comparisons with 24, largely because its creators used to write for the Jack Bauer serial. It retains some traits – a confident pace, regular twists – but it adds shadows to the popcorn. Certainly, there’s a more ambivalent attitude to torture, and the writing tries little things 24 tended to avoid: ambiguity, characterisation. Jack Bauer was always up against a ticking time bomb, and we always knew he was right. Here, the clock ticks slower, what it’s counting down toward is disturbingly vague, and it’s hard to tell who the bad guys are.
EXTRAS: None.
Damien Love