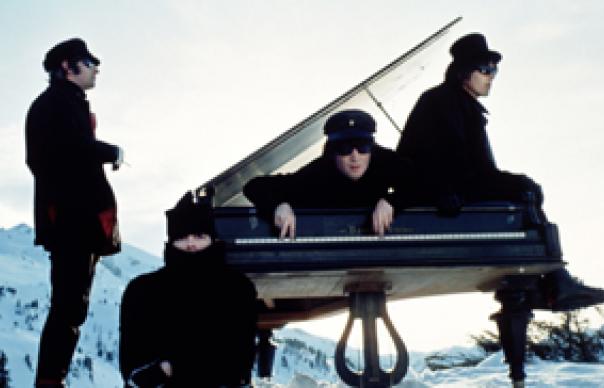 Several years ago, director Richard Lester received an honorary scroll proclaiming him “the father of MTV”; by all accounts, he promptly wired back and demanded a blood test. Help! (1965), Lester’s second Beatles feature, has much to answer for: it leads directly to the cheaper but just as cheerful screen exploits of The Monkees and beyond that, to Duran Duran’s globe-trotting videos (presaged in Help!’s gratuitous jaunt to the Bahamas) and, heaven help us, to Spice World.

The film’s pranky ’60s surrealism – owing a lot to Lester’s former collaborators Peter Sellers and Spike Milligan – has dated badly, and the Bond-spoofing premise, in which Ringo is pursued by Leo McKern’s band of sinister orientals, is a hanger for some unpalatable racial stereotypes. The farce is just about held aloft by the presence of such comedy stalwarts as Patrick Cargill and Roy Kinnear, and the odd visual gag still endures: notably, the first sight of the futuristic bachelor pad behind a terrace housing façade.

The songs still look fresh, inventively shot by cinematographer David Watkin: check out the filters on “Another Girl” and the insouciantly inventive editing on “Ticket To Ride”, not to mention the gorgeous kaleidoscopic end credits (this restoration restores the colours to their vivid glory). Extras include EastEnders’ Wendy Richard on how she ended up on the cutting room floor with Frankie Howerd, whose scenes fell flatter than a Ringo vocal.

EXTRAS: Docs on the making of Help! (including interviews with Lester, Eleanor Bron, Victor Spinetti and Watkin); on the missing Howerd sequence; and on the restored version; plus trailers.