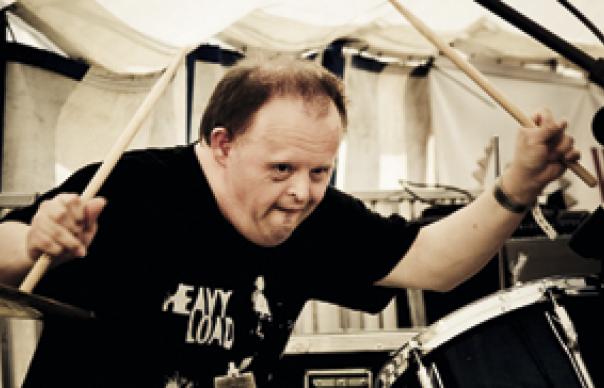 Since Ondi Timoner’s brilliant DiG! there have been heavy pressures on the rock documentarist. It’s no longer enough to show and tell, something cataclysmic must happen. And while there’s plenty to admire in Jerry Rothwell’s film about Lewes’ self-styled “disabled punks”, you can’t help suspect that it occasionally tries too hard to make mountains of molehills, as the band squabble, argue about direction and threaten to leave. Sound familiar?

Billed as a film “about happiness”, the Broomfield-esque Rothwell follows Heavy Load as they record their debut album, The Queen Mother’s Dead. The film’s star is the band’s drummer Michael; pensive and soulful, he provides the film’s backbone and conscience, memorably wincing as the band play back their new song “George Michael”, and its refrain, “We love George Michael, cos he’s gay at weekends and gay all the week.” His lofty disdain is priceless.