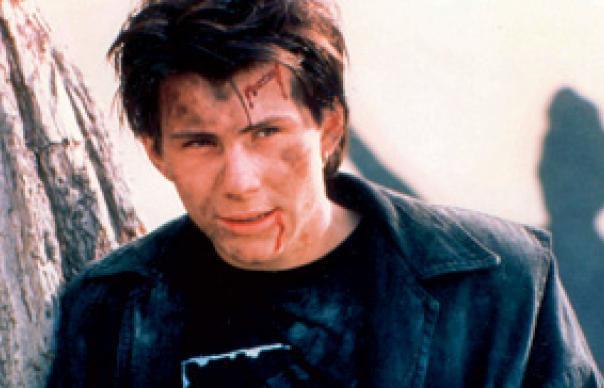 As gum-snapping high school teen flicks get ever more self-consciously hip, their lingo and love of the finely honed putdown bordering on the Wildean, it’s timely to recall the movies that went too far before such recklessness was de rigueur. Michael Lehmann’s 1988 black comedy gives us the Heathers – three queen bitches (among them the very great Shannen Doherty) who rule Westerberg High (Stepford on steroids) with cruel cool, fashion fascism and arch one-liners. Veronica (Winona Ryder) wants to be like these harpies, until rebel-punk newcomer JD (Christian Slater) catches her eye. “Drool much?” deadpans a witness. Via a winning Jack Nicholson sneer, he enlists her help – she’ll do anything for love – in murdering annoying Heather No 1. A rampage of slaughter, suicide, sarcasm and bombs in corridors ensues.

Fun as it is to see again Slater and Ryder as bright young stars-to-be, generating the heat to commit arson, Heathers’ durability is down to Dan Waters’ deliciously mischievous script (Lehmann turned out to be a versatile hack – no more, no less). The treatment of teen suicide as a bit of a laugh drew flak at the time. With lines like, “Oh, I had at least 70 more people at my funeral,” it exquisitely captures the power cliques and competitiveness of adolescence, easily becoming a metaphor for greedy, violent society at large.

Without Heathers, there’d have been no Drop Dead Gorgeous, Bring It On, Mean Girls or even, gasp, Buffy. And what kind of Summer Holiday-meets-Grease world would we be living in then?