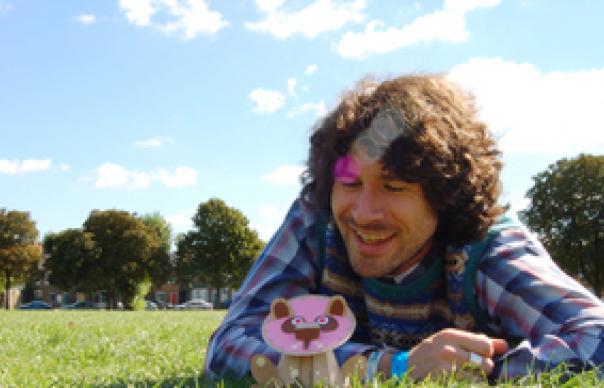 It’s been all change in the Super Furry Animals camp since the release of 2005’s opulent, leisurely-paced Love Kraft. In that period, the band have parted company with Sony/BMG and inked a fresh deal with Rough Trade, drummer Daf Ieuan has formed The Peth, a supergroup that contains within its number actor Rhys Ifans, and keyboardist Cian Ciaran is performing as Beach Boys-inspired electronica act Acid Casuals.

One face that has been largely absent, though, is frontman Gruff Rhys, who emerges here, blinking as if from hibernation, with his second solo album. Recorded at SFA producer Gorwel Owen’s cottage in Anglesey, Candylion is a more layered, fully-realised album than 2005’s Yr Atal Genhedlaeth; 12 tracks of fantastical, strings-assisted acoustic pop and exotica-tinged psychedelia that smuggle in curious parables and flashes of apocalypse amid its nursery rhyme sing-songs.

Thematically, it’s all very much in step with the times. “Cycle Of Violence” is like Dr Strangelove set to song, while “Ffrwydriad Yn Y Ffurfafen”, one of two Welsh language songs, loosely translates as “Explosion In The Upper Stratosphere”. Yet the mood is unshakeably upbeat. Take “Skylon”, a 13-minute modern fable that casts Gruff as a bomb disposal expert snipping at wires on an airborne aeroplane. In one comic passage, Gruff considers self-immolation when he recognises the tedious TV personality sat next to him. By the close, though, the moral is clear – we should overcome our differences in the name of the common good: “Define myself/Against everything you stood for, now I’m sitting by your side.” Good attitude. Great album.