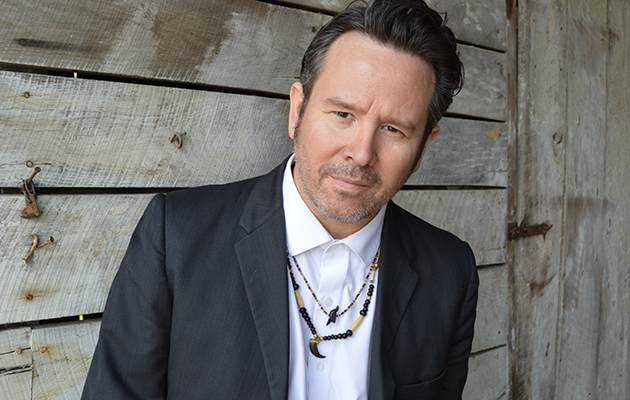 Such are the caprices of time that Grant-Lee Phillips is probably better known in the US for his recurring role on Gilmore Girls than he is for leading one of the ’90s finest exports, Grant Lee Buffalo. TV fame may have brought him a different audience in recent years, but his USP remains pretty much the same: thoughtful, erudite roots-rock that pulls from long-held traditions of folk, country and blues.

The eighth album of his solo career often feels like a very personal portrait of selfhood and loss. It’s mainly informed by both the death of his father, in 2013, and his own Native American heritage (Phillips is from Creek and Cherokee descent), a connection that’s deepened since his recent move to Tennessee from California. This in turn has led to a fuller immersion in the music that moves him most. The Narrows, he says, is “the most Southern record that I’ve made, allowing me to wear my influences on my sleeve more gallantly.”

Heading up a core trio of bassist Lex Price and drummer Jerry Roe, whose father Dave played bass with Johnny Cash, Phillips has created a warm, intimate record with an agreeably grainy veneer. The gorgeous “Moccasin Creek” is an imagistic ancestral piece – full of old arrowheads, wildwood flowers and overgrown burial plots – that acts as a corollary to the familial themes explored on 2012’s Walking In The Green Corn. Likewise, “Yellow Weeds” pokes through a sepia past, guided by pedal steel and some filmy acoustic blues.

“Cry Cry”, meanwhile, is an impassioned commentary on the Indian Removal of the 1800s that saw generations of Native Americans forcibly ejected from the South, thousands dying in the process. A political element also surfaces in “Holy Irons”, which interweaves Southern history with the plight of an innocent draftee sucked into a war that’s not of his choosing. Like most everything on The Narrows, it’s a bittersweet study of fate and circumstance that continues to resonate long after it’s over.