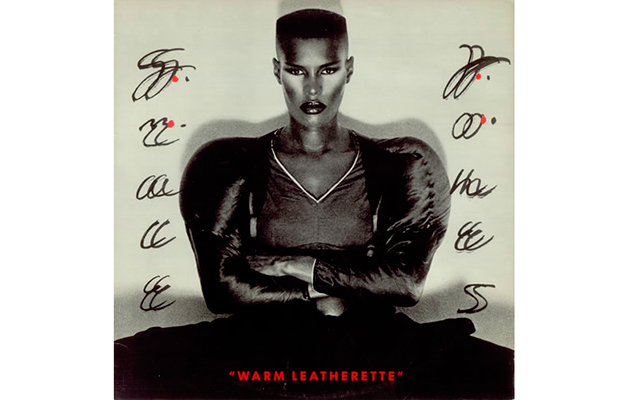 Disco had sashayed well past its sell-by date by the time Grace Jones’ third album Muse arrived in September 1979. The final instalment in her high-gloss New York trilogy, Muse, like Portfolio and Fame before it, portrayed Jones as the decadent diva still swanning around Studio 54, but no amount of sumptuous Tom Moulton production could disguise the fact that disco had already faded from fashion. Punk and its mutant offspring had wiped off the glitter and a backlash was underway, its mooted US flashpoint the infamous ‘disco demolition night’ at Comiskey Park, the home of the Chicago White Sox, in July ’79. There, thousands of disenfranchised rock fans turned up to a baseball game and stormed the pitch to smash and burn Village People and Bee-Gees records – an isolated, brainless event that quickly made headlines.

Record sales also fell with disco’s decline in the States, down 11 per cent year-on-year from 1978. “I thought we were in a bit of trouble after the third album. It didn’t sell very well,” notes Chris Blackwell, Jones’ Island Records boss, in the singer’s memoirs, published last year. His solution was to invite Jones – pregnant with her son Paolo – to his Compass Point studio complex on the tiny island of Nassau in the Bahamas in a bid to push her in a new direction that would draw attention to her irresistible force and gender-bending qualities, an idea that seemed quite natural at the time but with hindsight proved both prescient and radical. On the cusp of the 1980s, this new decade needed a striking star with a modern, uncompromising sound. Jones, familiar yet unknowable, might fit the bill.

As part of his plan, he and fellow producer Alex Sadkin, who manned the mixing desk, had assembled a crack squad of session musicians who, under Blackwell’s guidance, would interpret recent cult hits and compose new material for Jones. Factory Records’ funk outfit A Certain Ratio were in the running to be the backing band, but it soon became clear that Blackwell’s team of players, dubbed the Compass Point All Stars, had developed extraordinary chemistry when the tape began to roll. Impressed by recent Island signings Black Uhuru, Blackwell recruited bassist Sly Dunbar and drummer Robbie Shakespeare, the backbone of countless dub and reggae grooves, who could claim to be the finest rhythm section in the world. Alongside percussionist Uzziah ‘Sticky’ Thompson and guitarists Mikey Chung and long-time Marianne Faithfull cohort Barry Reynolds, suave Parisian keyboardist Wally Badarou brought European flair to the mix. The group had never played together but gelled almost instantly, producing in these sessions enough material for Warm Leatherette and its more admired successor Nightclubbing.

Warm Leatherette is often considered a rehearsal for Nightclubbing but in some ways it’s the most radical of the pair, because it unveiled to a shocked audience the new-look Jones, presented on the sleeve in stark black and white as a kind of sinister Pierrot by her partner Jean-Paul Goude. Shaded from the Caribbean sunshine, the projected mood is cold, hard and cynical after the gaiety of the disco years. This post-punk menace is all over the music, too, epitomised by Blackwell’s calculated choice of “Warm Leatherette” by The Normal as the first song to be covered. The grubby DIY electro of Mute boss Daniel Miller’s fetishised hymn to JG Ballard’s Crash is a world away from the designer luxe Jones was accustomed to, yet out of this collision between neurotic European new-wave and unflappable Jamaican groove she emerges a changed woman: the diva as Terminator.

She dominates The Pretenders’ “Private Life” and Roxy Music’s “Love Is The Drug”, extending and dubbing-out Chrissie Hynde’s song to make it her own. “When I first heard Grace’s version I thought, ‘Now that’s how it’s supposed to sound’,” Hynde said, no doubt pleased this also became Jones’ first UK hit. Renditions of The Marvelettes’ “The Hunter Gets Captured By The Game”, written by Smokey Robinson, and Tom Petty’s “Breakdown” illustrate the breadth of the material covered, while of the original songs, Barry Reynolds’ “Bullshit” has a certain insouciance. Having waded through the numerous 12-inch mixes and alternative versions stacked up on CD2 – all previously released – a dub mix of this synth-heavy cut would be a treat. The key tracks on this disc are the three echo-chamber dub versions of her freaky cover of Joy Division’s “She’s Lost Control”, which should have been on the album in the first place. Nor should the irony of that title go amiss, because after Warm Leatherette Grace Jones was very much in charge.

Q&A
Wally Badarou, Compass Point All Stars keyboard player
How easily did you all gel as a band for Warm Leatherette?
I suppose when we all realised we were not in for the regular assignment – ie reggae musicians doing reggae, and pop/rock musicians doing pop/rock – we felt there was a challenge to be won, to gain mutual respect and not to disappoint those who had faith in our ability. Chris Blackwell’s enormous charisma was key. He dreamed of the project, got us together, and let us go with no verbal explanation of what he was looking for. I guess he was as surprised as we were because he wouldn’t tire of telling us how the end results far exceeded his expectations. Things were not clear until we did “Private Life”: then and only then, the ever-growing mutual respect helped everything gel.

Had you met Grace before embarking on these sessions?
No, we met in Nassau. She came down to the studio with Chris and it was the first time I saw those two. I was busy setting up the keyboards, so I don’t recall having been formally introduced either to Chris or Grace. By the time Sly’s drums were ready, Chris played the “Warm Leatherette” cassette and we started working out arrangements – no further conversation.

What made the Compass Point Allstars special?
Chris Blackwell’s spirit, period. Without much explanation, he managed to get the best out of each of us. Then the bass and drums’ fantastic drive could meet the rock guitars and the sophisticated keys in a very special way: powerful and sober, thanks to Alex Sadkin’s philosophy of making everything sound pristine from the word go. Things never got overproduced, because it all sounded like it was mixed before we ever finished the overdubs.
INTERVIEW: PIERS MARTIN