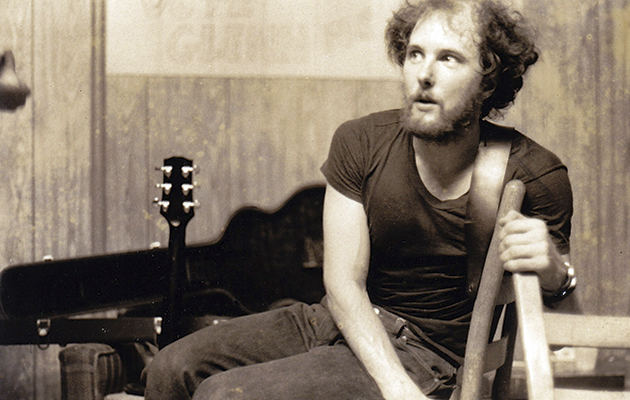 Recalling the likes of Mike Bloomfield, John McLaughlin, John Cippolina and Frank Zappa, Lost At Sea was the first of a series of extraordinary instrumental guitar albums which from Glenn Phillips, a beguiling career which is still continuing. As melancholy as it is ferocious, Phillips explains that with Lost At Sea “my intent was to create emotional instrumental music that was timeless, regardless of trends or fashion.”

His formed his first group in Atlanta, Georgia. The Hampton Grease Band’s sole album was 1971’s lyrically abstract, part-improvised, Music to Eat: marketed as a comedy album, it was Columbia’s second worst seller in the period, “beaten only by a yoga record”. This was the way you impressed Frank Zappa, and snatched them for his Bizarre label. “I was taken aback when Frank asked if I’d give him a guitar lesson; he wanted to learn how I was able to pick all the notes when I played fast.” In Atlanta, Phillips often sat in with Little Feat, Lowell George netting Phillips a Warner Brothers’ deal until Zappa’s partner Herb Cohen insisted “they buy out my contract, which he’d let them have for $100,000.”

Instead, Phillips established his own, home-based SnowStar imprint to distribute Lost At Sea; John Peel’s keenness prompted Richard Branson to release it here. The beautifully contrasting Swim in the Wind followed, Philips touring Britain with Steve Hillage just as Virgin unleashed the Sex Pistols. “Curiously, the British punk movement reminded me most of the American ’60s hippie movement which, naturally, the punks detested; luckily, I had a ringside seat at both.”

Over the next decade SnowStar released five albums; 1987’s Elevator was picked up by SST label-boss Greg Ginn. “I did relate to his fearless, independent spirit, as well as that of many of the bands.” It’s now 12 years since Phillips’ reflective Angel Sparks, but he’s also collaborated with Henry Kaiser, Peter Buck, Swimming Pool Q’s Jeff Calder (in Supreme Court) and, lately, B52’s Cindy Wilson. Phillips’ approach is intuitive, unclassifiable and he adds “unmarketable…but that’s a price I’m happy to pay.”