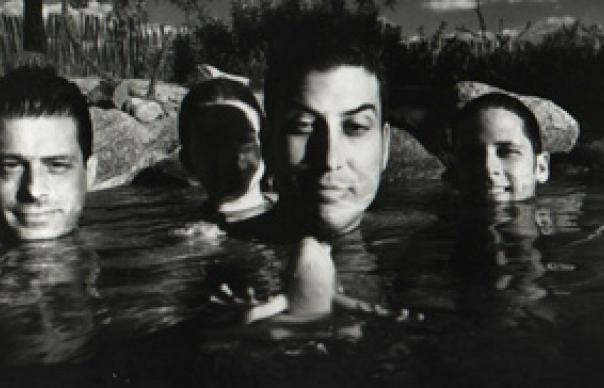 Two years ago, Howe Gelb, leader of Giant Sand for over 20 years and nearly twice as many albums, released a record called ‘Sno Angel’. A Canadian gospel choir lent his earthly acoustic rambles some heavenly uplift, the result being one of the best things of his career. “It seemed like a bar was raised,” wrote Gelb on a recent blog. “Or I just finally got too old for wasting any time, mine or yours.”

If there’s been one intermittent gripe about Gelb down the years, it’s been his propensity for a good wander, liable to suddenly take leave of a melody for some curious poke down a musical rabbit-hole. It’s what’s made him one of the most fascinating explorers of his time and also one of the most maddening. After all, not everything you dig up is worthwhile.

Now, at 52, Gelb’s music seems to have found a renewed vigour, a sharper focus. “ProVISIONS” not only has some lean’n’lovely boy-girl ballads, wild mood swings and a frequent groove, but also a sense of intent. Backed by the same Danish trio who played on Giant Sand’s last LP, 2004’s “Is All Over The Map”, Gelb’s concerns are universal. Here he is, with Neko Case, equating the emptiness of his heart with the vastness of the desert landscape on the no-man’s blues of “Without A Word”. Or issuing his own state-of-the-world address on “Spiral”, singing softly into the dark: “Don’t wanna live forever / But another generation would be nice”. It’s one of the simplest, most moving songs he’s ever written.

Elsewhere there are clanking hip-hop beats, hushed whispers from Scandinavian singers and Inuit Indians, a momentous cover of PJ Harvey’s “The Desperate Kingdom Of Love” and a galloping country beauty with Isobel Campbell, “Stranded Pearl”, that suggests Gelb has another career should Mark Lanegan bail out of their partnership.