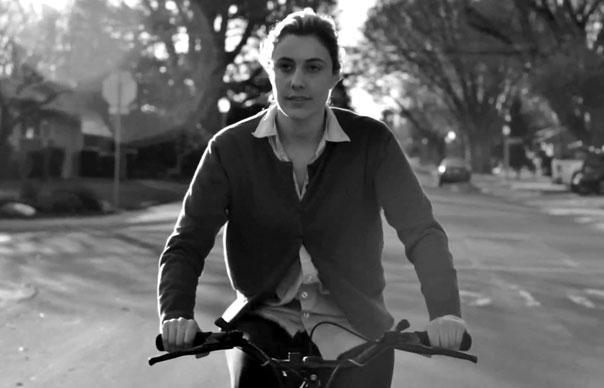 The son of a writer and a Village Voice critic, Noah Baumbach’s earlier films were erudite and chatty and usually centred around estranged and fiercely competitive families during a period of crisis. His last film, 2010’s Greenberg, starred Ben Stiller as an introspective malcontent brooding his way round Los Angeles. None of Baumbach’s previous films have been funny particularly – though they have humour within them – but Frances Ha is certainly a comedy.

Co-written with Greta Gerwig – who plays Frances and who the director met when he cast her in Greenberg – Frances Ha has a warmth and lightness absent from Baumbach’s earlier films, The Squid And The Whale (2005) and Margot At The Wedding (2007). A lot of that is down to Gerwig – incidentally, Baumbach’s girlfriend – who essentially plays the same giddy, goofy character she always plays, most recently in Whit Stillman’s Damsels In Distress. Both Baumbach and Stillman are avid chroniclers of East Coast intellectual life and equally partial to a joke or two about books. Frances Ha certainly feels a little Stillman, but a lot Woody Allen, too. After all, this is a black and white film set in New York featuring a ditzy female lead who happens to be the girlfriend of the filmmaker.

Baumbach and Gerwig follow Frances as she drifts round apartments in New York, California and – briefly – Paris, caught in the awkward transitional point between the end of college and the realities of grown-up responsibilities. Frances wants nothing more than to spend her days with BFF Sofie (Sting’s daughter, Mickey Sumner: excellent) in their apartment, sharing little in-jokes and contriving to keep the real world at bay. The film is really a sweet piece about their friendship, set in the NYC boho milieu, and how it’s tested as Frances – like Greenberg, a perennial underachiever – spirals through ever-decreasing circles until she finds herself sleeping back at her old college (Vassar, of course), reduced to pouring wine for visiting dignitaries to pay her board.
Michael Bonner