Sell out, who? Vinyl reissue for the Friedbergers’ overlooked masterpiece 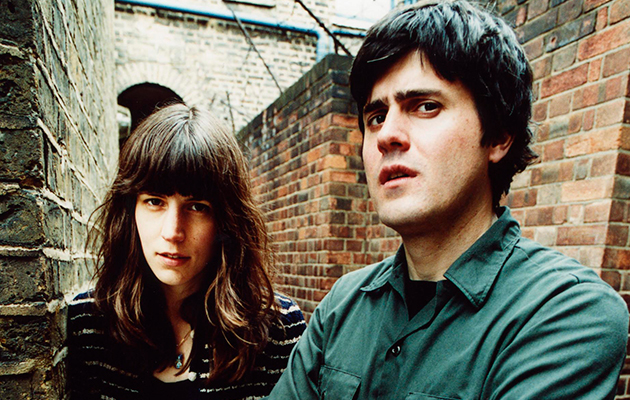 Matthew Friedberger still recalls Rough Trade sending out The Fiery Furnaces’ second LP to DJs for feedback. “I remember getting the reports,” he says. “The nicest thing anyone said was ‘We can’t use this…’” No wonder, perhaps: Blueberry Boat can’t be understood with a cursory listen. Without some immersion its labyrinthine story-songs can sound annoying, pretentious and throwaway all at the same time. Even its two creators, Matthew and Eleanor Friedberger, seem to disagree on how much of it was written before entering the studio. Take some time, though, and this LP reveals itself to be a singular work – in 2018, too, it makes even more sense.

Much of the negative reaction in 2004 was likely down to expectations: the Furnaces’ debut album, 2003’s Gallowbird’s Bark, was a snappy set of bluesy, quirky garage-rock made by two siblings from the northern US: not a hard sell with The White Stripes’ Elephant setting the zeitgeist that spring. But a 76-minute follow-up of ever-changing, multi-part rock operas, dosed with barroom piano, nautical themes and synth burbles, wasn’t the done thing in the ‘New Rock Revolution’ scene – bands generally changed slowly, or not at all.

The seeds of Blueberry Boat are there in Gallowsbird’s Bark, though: Matthew’s woozy slide, the acidic synths on “Leaky Tunnel” and the references to travel in the lyrics of “Inca Rag” and elsewhere. Following recording of Gallowsbird’s, but before its release, Matthew took over the songwriting completely. Returning to Brooklyn’s Rare Book Room for a month, the pair mixed ProTools and tape, now common, but a brave experiment in 2003.

The songs they put down there were unusual, to say the least: wordy and playful, with cut-up, seemingly unrelated sections stitched together and linked by recurring musical themes played on all manner of buzzing synths (including an Italian Gem and a Roland Juno), pianos and distorted guitar. “Chris Michaels” begins triumphantly like The Who – the band’s primary influence – but soon spirals off into quieter, weirder reveries, with the siblings swapping cryptic lines: “Then Tony of the Franklin Park hockey club/Went to Gunzo’s and bought a goalie glove/Jessica was posed to meet him back in Mannheim/Kitchen back door by all the grease and grime…” In all, there are enough ideas in these eight minutes for seven or eight separate songs.

Mutated piano ballad “Mason City”, based on a book, Shake Out, by the pair’s father, agricultural historian Mark Friedberger, tells the story of Iowa farm families forced from their properties in the ’80s, while “Chief Inspector Blancheflower” is part Bildungsroman, part melodrama, involving a cop who originally aspired to be a typewriter mender – naturally, this is recounted over warped disco, ending with a comedic, jagged guitar solo.

Perhaps the most ambitious cut is the title track: a story-song involving a ship’s captain from Grand Rapids transporting blueberries to the Far East, only to encounter brutal pirates. If there’s any thread that ties these 13 songs together, it’s this nautical bent, which links the title track, “Quay Cur”, “Spaniolated” (in which the narrator is kidnapped on a Seville-bound boat) and “Turning Round”, with Eleanor’s lines on dreaming “of the waves and your sails turning round”.

Despite her step back from songwriting, Eleanor is crucial to Blueberry Boat. The codebook for her brother’s ciphers, her declamatory voice adds gravitas to “Straight Street”, a joyful nonsense travelogue that would seem ridiculous sung by most. “So I went to Georgia looking at spas and convents,” Eleanor sings over discordant piano and guitar that recalls The VU’s “White Light/White Heat” left out in the sun. “Tried to make myself the broker for selling off the contents…”

Doggerel or not, genre-jumping and conceptual, collaged narratives feel more accepted in 2018 – see Janelle Monáe, Animal Collective, Fleet Foxes and even Arcade Fire – which suggests Blueberry Boat would have sparked less confusion if released today. Even so, the album’s primary creator probably wouldn’t have had it any other way. “I played ‘1917’ to Emily Scholnick, who painted the cover,” says Matthew. “She said, ‘You ruined that song… I like music. What is that supposed to be?!’ She was joking, but she was also meaning it. And I remember being so… happy, to get a reaction out of her, even though it wasn’t particularly positive.”