Eric Clapton – I Still Do

Studio album No 23 is a work of poised refinement 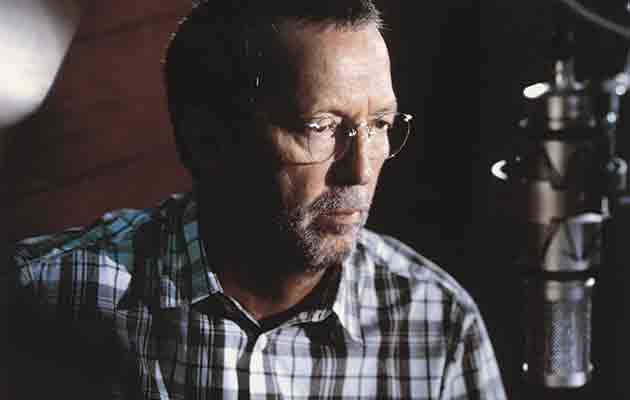 Half a century ago, Eric Clapton’s instrumental prowess was forged in the fiery cauldron of Cream, the guitarist forced to battle for space with two equally gifted, ferociously combative egos. The result was that when he grasped the spotlight, he held onto it for dear life, pursuing improvisational threads with the delirious focus of a Coltrane, drilling deeper and deeper into a solo until the actual song was left far behind.

It was a mode which, executed with formidable technique, acquired him the unwelcome nickname “God”, and it became a reliable backbone of live performances through subsequent decades. But look back at Clapton’s solo career and you’ll notice that virtually from the start, he was drawing back from that kind of excessive, egotistical approach, keener instead to serve the song. Key to this change were two acts: Delaney & Bonnie, the blue-eyed soul troupe with whom he spent some time in retreat from Cream; and most notably JJ Cale, the reclusive Okie guitarist who became such a touchstone of excellence for Clapton that he considered him “one of the most important artists in the history of rock, quietly representing the greatest asset his country has ever had”.

Cale became, Clapton later asserted, a “beacon” for his own attempts to discard the ensnaring lures of amplitude, speed and complexity in search of the fundamentals of purity and simplicity. And so, in curious contrast to the usual progress of musical endeavour in rock, Clapton’s career became a process of self-denial, shifting from noisy, boastful indulgence to more modest, poised refinement – and if he never quite reached the point of minimal musical satori that Cale represented, the effects are more evident than ever throughout his 23rd studio album I Still Do.

There’s a cover of Cale’s “Somebody’s Knockin’”, EC’s set-opener in recent years, and a good way to ease into a show – though ironically, here it provides a platform for the album’s most old-school Clapton solo; while “Can’t Let You Do It” is a neat, toe-tapping shuffle with nimble, spartan picking, just enough to carry the song along, in the liquid tone favoured by JJ. And another Latin-tinged shuffle, “Catch The Blues”, features a deliciously understated JJ-style guitar break, delivered with touches of the creamy wah-wah flavour employed by Mac Gayden on “Crazy Mama”.

The album, which reunites the guitarist with Slowhand and Backless producer Glyn Johns for the first time in four decades, offers a typical Clapton mix of covers and original material. The former are rather more impressive than the latter, particularly the lullaby “Little Man, You’ve Had A Busy Day”, which is a winsome but forgettable trifle. He returns several times to the blues wellspring, opening proceedings with a slow, earthy version of Leroy Carr & Scrapper Blackwell’s “Alabama Woman Blues”, in which Chris Stainton’s piano and Dirk Powell’s accordion occupy the space around Clapton’s snaking, snarling lead lines, delivered with a tone of dirty elegance, like a battered top hat.

Powell’s accordion features prominently on several other blues covers, lending the album a swampy flavour akin to that which David Hidalgo brought to Dylan’s Together Through Life. Skip James’ “Cypress Grove”, for example, employs a similar instrumental blend on a slow rolling groove, through which EC’s guitar crawls like a surly water-moccasin gliding through a bayou: the arrangement’s gritty, sluggish tenacity brings to mind Little Feat’s version of “44 Blues”. “Stones In My Passway” features sharp, biting guitar and vocal, as befits one of Robert Johnson’s more enigmatically troubled songs. The spindly interplay of lines during the guitar break – presumably shared with Andy Fairweather-Low – is delightful, while the handclaps accenting the third beat animate the song with a subtle syncopation.

The album closer is a languid piano stroll through the standard “I’ll Be Seeing You”, with Clapton in relaxed crooner mode, though perhaps the most surprising and successful cover is of Dylan’s “I Dreamed I Saw St Augustine”, a song which is usually hard to perform without slipping into a certain ponderous, sententious solemnity. Ingeniously, Clapton injects a light, funky offbeat into his vocal delivery, which combined with the piano and accordion lifts the mood in buoyant, jubilee manner, with Fairweather-Low and Paul Carrack’s background vocals adding a lovely, restrained gospel flavour. Clapton’s solo is likewise understated and neat, twining around the melody rather than sprouting away from it.

The gospel tone is extended by the male and female backing vocals of the subsequent “I’ll Be Alright”, an old spiritual forebear of “We Shall Overcome”. Its restful, consolatory mood applies balm to the album’s bruised blues, characterised elsewhere in “Spiral” as a kind of welcome affliction: “You don’t know what it means,” claims Clapton, “to have this music in me.” There’s further comfort offered in the light reggae groove of “I Will Be There”, driven by Paul Carrack’s pulsing organ, Henry Spinetti’s deft rimshots, and springy guitar vamping. “Just call on me,” sings Eric, “…don’t be afraid, when you are lost, I will be there.”

Intriguingly, the song contains a credit for “Angelo Mysterioso”, a variant of the pseudonym famously employed by George Harrison when anonymously guesting on friends’ recordings, most notably on Cream’s “Badge”. Clapton, however, has already denied it refers to George. Which would, let’s face it, be somewhat miraculous anyway.