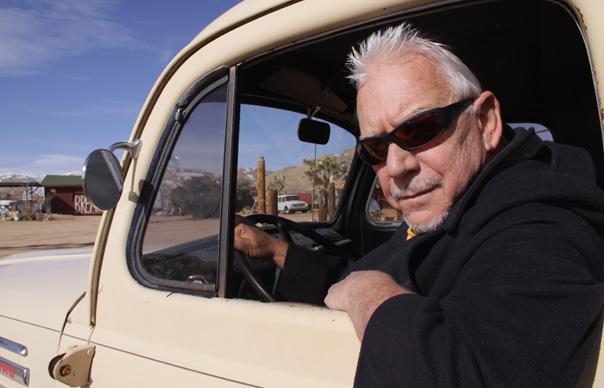 One of several pleasant surprises on ‘Til Your River Runs Dry is to hear Eric Burdon, who made his name as a blues shouter, croon achingly on “Wait”, a slow, self-written Latin piece with a tango rhythm. It’s one of the album’s stand-outs, perhaps because it ‘s a deeply personal number, written for his wife (and manager) Marianna. It’s also a reminder that Burdon remains one of the best vocalists of his generation, his tenor tones always easy and unforced, whether he’s belting or breezing.

At 71, that voice sounds remarkably well preserved. To hear him declaim and roar on “Old Habits Die Hard”, a number with a touch of late-Dylan about it – ruminative, defiant, bluesy – brings favourable comparison with the ruined growl of his contemporary. It’s an arresting song, shifting between scenes from the Arab spring and young citizens fighting for their freedom, and Burdon’s recognition of his younger self : “I turn on the TV and I see myself being hassled by The Man”. Later Eric makes the claim, with poetic licence perhaps, that “they got a file on me over in Scotland Yard”.

‘Til Your River Runs Dry likewise oscillates between past and present, between personal and political. Its lead-in, “Water”, is an eco protest about conservation – “one day soon, the truth will spill into your living room” – but it’s also expressing an unquenched rage: “I will not beg, I will demand!” With its chiming guitars, thudding drums and gospel chorus, the number is cut from Seventies rock cloth, and perfect for AOR audiences. Still, it’s one of the less adventurous outings here, though it reflects Burdon’s kinship with California’s deserts and Indian canyons, which have been refuge and home since he set about rebuilding his U.S. career in the 1980s,the location also easing his asthma and fuelling his interest in nearby Mexico.

“Invitation To The White House” finds Burdon dropping in on Barack Obama to offer advice about opening borders to north and south – an entertaining fancy set to a jazzy, big-band version of Muddy Waters’ “I’m A Man” riff. The blues remains a wellspring for Burdon throughout an album that’s a continuum of his past work, with keyboards that recall Alan Price and Brian Auger. There are two tributes to Bo Diddley, one a cover of “Before You Accuse Me”, the other, “Bo Diddley Special”, homage to a hero he never met but at whose memorial service he played. The tone is playful, as Eric celebrates Diddley’s tartan jackets and boxy guitars in his inimitable mid-Atlantic Geordie, where ‘motor scooter’ becomes “moda scooodar”.

Mortality casts a darker shadow on “In The Ground”, a rage-against-the-light slow burner, and “27 Forever”, a resonant commentary on the ’27 Club’ of Hendrix, Cobain, Whitehouse et al. With Stax horns and rippling piano riffs, it’s Eric’s warning that the whiskey and women run out and that you sell your soul to the devil for “a place in rock’n’roll heaven”. Eerie.

Burdon’shistory is ever present. A cover of Marc Cohn’s “Medicine Man” has echoes of “House of the Rising Sun”, and the protests of “Sky Pilot” et al continue on“Memorial Day”, which celebrates celebrates the survivors – “hippies and poets” – as well as the fallen of war.

The flavours of Burdon’s beloved New Orleans ripple through “The River Is Rising”, inspired by Fats Domino’s near miss during the Katrina catastrophe and recorded with members of Domino’s band. It’s a crawling blues whose foreboding atmosphere is shot through with drowsy horns and a chanted chorus, “the greatest piece of music I’ve been involved with” according to its creator.

It’s too early to pass such judgment, but in pursuit of Burdon’s stated ambition to “finish my career with my head held high”, ‘Til Your River Runs Dry finds his mission fully on course, a hero returned.
Neil Spencer

Q&A
Eric Burdon
It’s a surprise to hear you singing a tango!
I woke up one morning with one word: ‘Wait’. Everyone’s in such a hurry these days so it was saying slow down. It’s for my wife, for whom I waited and she came along. I wish I could speak Spanish, the record label is dying for a Latin version. I have hardcore fans in Mexico, which is an intriguing place. The US can’t deal with having another country and another language on its border.

“27 Forever” is about the six or seven dead rock stars in the ’27 Club’.
It’s more like 600 or 700, not just musicians and artists but people from all walks of life, people who don’t want to become adults. It’s an astrological phenomenon too, the Saturn Return. I was close to Jimi, Janis and Jim. You could almost see it coming, they were dicing with death, asking for trouble. I got through that stage partly through witnessing Jimi’s problems.

You’re singing well. How do you look after your voice?
I don’t, it looks after me! I don’t practice, I don’t like rehearsals. The Animals never rehearsed, but with young musicians you have to give them the parts. You can’t force new material on audiences, they want a re-run of their favourite movie, but I mix it up.

You are writing a third memoir.
I feel good about what I have written. The trick is to dance around the other two, not to repeat myself. Plus I’m already thinking of the next album. I had an operation on my back last year and spent six months recovering, but I’m almost back to normal. I just can’t lift anything heavy.
INTERVIEW: NEIL SPENCER