1995 masterpiece reissued with disc of out-takes and making-of DVD... 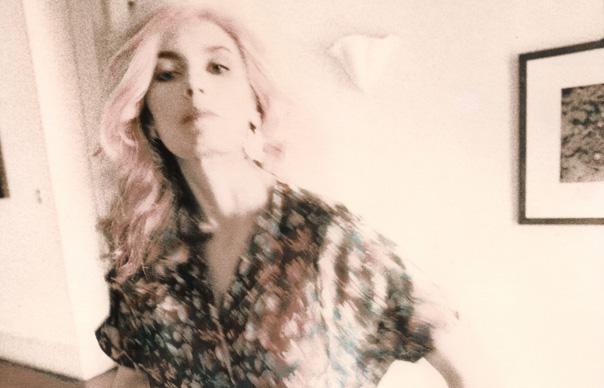 Upon its original release, Wrecking Ball prompted acclaim and bewilderment in equal measure. It was, unquestionably, a great record. It just didn’t sound very much like the sort of great record that Emmylou Harris made. Her canon of great records to this point, while formidable, also conformed to a certain type: orthodox Nashville country lightly doused with essence of Laurel Canyon folk-rock.

It was a template that had served Harris well more or less up to Wrecking Ball’s immediate predecessor, 1993’s “Cowgirl’s Prayer”. While very much the kind of thing that people expected of Harris, from the title downwards – and actually not a bad album – Cowgirl’s Prayer was not, at least by Harris’s standards, successful. The choice ahead of her seemed stark: resignation to a long dotage as a heritage act trading her considerable past glories, or reinvention.

She chose the latter – to a degree which, she later admitted, caused some of her fans to wonder if the real Emmylou Harris had been kidnapped by aliens. She assembled the sort of all-star ensemble that you can really only summon if you are, in fact, Emmylou Harris, including Steve Earle, Neil Young, Lucinda Williams, Larry Mullen Jr, Kate and Anna McGarrigle. Besotted by Daniel Lanois’s production of Bob Dylan’s 1989 album Oh Mercy, and by Lanois’s debut solo album Acadie, she enlisted him as producer. With her career-long ear for a great song, she and Lanois chose tracks by various members of her new backing group, as well as cuts by Gillian Welch, Julie Miller and Jimi Hendrix.

Anybody who still expected another helping of Harris’s usual sweetheart-of-the-rodeo trundling was served more or less instant notice to quit by the opening track, Lanois’s “Where Will I Be”. For possibly the first time in Harris’s career, a track on which she appears is dominated by something other than her own vocals (even when she appeared as a backing singer, as on Gram Parsons’ solo albums, she had a tendency to occlude everything else, as a voice like hers will). “Where I Will I Be” is a Lanois production in more than the literal sense, echoing both the epic sweep of his work with U2 – Lanois himself provides an Edge-ish shimmer of guitar and Adam Clayton-like grumble of bass – and the cavernous gloaming of the backdrops he created for Dylan. Harris herself sounds unusually fragile, her voice a trebly whisper at the top of her range.

The same approach is taken to the cuts on (i)Wrecking Ball(i) which had already appeared elsewhere. Steve Earle’s “Goodbye”, released earlier in 1995 on “Train A-Comin’” as a gruff, sparse acoustic blues, is turned into a stately, shuffling, almost trip-hop ballad (something Earle surely recalled as he flirted with electronica on 2007’s “Washington Square Serenade”). The arrangement of Dylan’s “Every Grain Of Sand”, which originally closed Dylan’s 1981’s Shot Of Love – and sounded like Dylan was making it up as he went, in a shed – is similarly polished: again, Harris plays against it with a haunted, almost cracking vocal which amplifies the song’s vulnerability (in company with Sheryl Crow, she sang “Every Grain Of Sand” at Johnny Cash’s funeral in 2003). Weirdest of all is the version of Hendrix’s “May This Be Love”, all backwards-sounding guitars and Lanois’s backing vocals elevated almost to the status of duet partner, providing effectively portentous counterpoint.

The extras included with this reissue are a documentary, Building The Wrecking Ball, which explains how Wrecking Ball came to be, and a disc of out-takes which mostly demonstrates how Wrecking Ball could have ended up had the nerve of all concerned not held. The versions of the songs that made the finished album – including “Where Will I Be”, “All My Tears”, “Deeper Well” – are much closer to what most early purchasers of Wrecking Ball would have expected from Emmylou Harris, and now serve mostly as a reminder of how ambitious and audacious the album was. The versions of Richard Thompson’s “How Will I Ever Be Simple Again” and Harris’s own “Gold” – which later surfaced on 2008’s All I Intended To Be – are, however, magnificent.
Andrew Mueller