Bleak, doubtful and largely self-penned. Back to the music that made her... 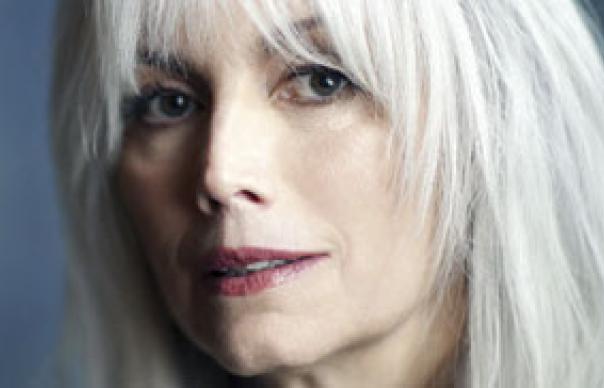 She is rarely creatively inactive, almost always touring and joining forces with one fellow traveller or another, but fans of Emmylou Harris might nonetheless feel they have been handed meagre rations over recent years.

For all its commercial success, All The Roadrunning, her 2006 partnership with Mark Knopfler, was a patchy affair, at least if you aren’t partial to the Knopf’s growl. 2008’s All I Intended To Be felt even more like a stop-gap, its handful of new songs augmented with judicious covers of Merle Haggard, Tracy Chapman and others.

Hard Bargain brings us back to Emmylou herself. All but two of its 13 songs are self-penned, the exceptions being Ron Sexsmith’s title track and “Cross Yourself”, a pleasant but lightweight contribution from Jay Joyce, who also produced the album and multi-tracked its guitars. For company Joyce had just percussionist Giles Reaves, plus Emmylou herself on acoustic guitar. The sound is lean without being minimal – there isn’t much ‘downhome’ about it, no pedal steel or mandolin (though there is a sprinkle of banjo), but plenty of rock muscle when needed. Indeed, Joyce seems to aspire to the cavernous approach of U2 or the ricocheting ambience/empty echo (delete according to taste) that Daniel Lanois brought to Emmylou’s 1995 Wrecking Ball. At times she seems to be singing from the bottom of a well.

The opener, “The Road”, is a case in point, its chorus delivered amid a hail of Edge-style twangerama. The song, which has nothing to do with Cormac McCarthy’s novel, is one of Hard Bargain’s talking points, being Harris’ reflections on her long lost creative partner Gram Parsons. It is now approaching 40 years since the death of the wayward singer, yet Emmylou’s wounds are still apparent on verses that admit “I still think about you/Wonder where you are/Can you see from somewhere/Up there among the stars?”

There’s another tribute to a fallen friend in “Darlin’ Kate”, a song for the late Kate McGarrigle, Harris’ friend and accomplice. It’s a tear-jerker of a farewell, its line “you slip the surly bonds of earth and sail away” recalling another life-after-death scenario, “Sailing Round The Room” from All I Intended To Be. Heaven knows country music has never shied away from singing of ‘that other shore’, yet there’s a mawkish cast to all these songs.

The same might be said of “Emmett Till”, a song that tells the tragic tale of the murdered teenage boy who became an unwitting martyr for the Civil Rights cause in 1962, his death already chronicled by Dylan back in the bard’s early days. Harris’ tribute, written from Till’s perspective, is fine enough, though its timing is a puzzle. Why now?

Less unsettling are the midtempo, catchy “Home Sweet Home” and the slower “Goodnight Old World”, which are both as straight ahead as their titles suggest. Likewise “New Orleans”, an uptempo celebration of the Crescent City, while “Big Black Dog” is a canine joke song in the tradition of McCartney’s “Martha My Dear” or Norah Jones’ “Man Of The Hour” – a shaggy oddity.

Elsewhere we are returned to portraits of life as a disappointment, its moments of happiness fleeting. “The Ship On His Arm” is a portrait of a soldier in combat missing his sweetheart, “Lonely Girl” ponders a woman finding herself stranded alone, while “Nobody” reprises the theme of the loveless life where “no-one ever stays” and which ends with a child grown to old age, “wondering if there really is a heaven”.

Sexsmith’s “Hard Bargain”, while stricken by disappointment, still seems warm by comparison with the majority of the songs here. Perhaps that’s why Harris chose it as the title track for the album. Beneath its appealing veneer this remains a work wracked with personal anguish and doubt, and any positive engagement with life is welcome in it – even if, from necessity, it has to come from someone else.
Neil Spencer