Eels’ tenth album lives up to its fate-tempting title... 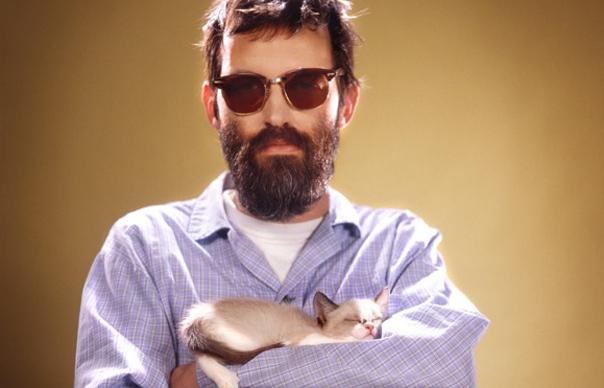 Eels’ tenth album lives up to its fate-tempting title…

Those familiar with Eels’ catalogue of consumptive, cock-eyed balladry will read the title of this, Eels’ tenth studio album, as leadenly ironic – the sort of “Wonderful, glorious,” you might mutter to yourself, perhaps upon seeing a bomber shedding its payload (in fact the album’s cover image). An assumption that the contents of Wonderful, Glorious will tend towards the melancholic would not be erroneous, but it would be – as ever, where Eels are concerned – only partially correct.

Wonderful, Glorious ends nearly three years of silence following a fecund period around the turn of the decade in which Eels released the tremendous Hombre Lobo/End Times/Tomorrow Morning trilogy in little more than twelve months. Though those three albums were conceived as a suite relating a self-contained story – falling in love, falling out of it, figuring how to go on subsequently – they were not notably incongruous with anything Eels had done before. Or, it turns out, since – Wonderful, Glorious is another Eels album full of songs which are essentially attempts by E to talk himself into facing the day. Which is to say, of course, that Wonderful, Glorious is another Eels album.

It’s also a reminder of how difficult is to imagine having too many of those. For a writer who essentially has only one theme – that we are doomed, and this is ridiculous, but we might as well make the best of it – E finds an abundance of angles from which to address it. The opening track, the weirdly funky “Bombs Away”, could be heard as a statement of “I Will Survive”-variety defiance, or read as the spidery treatise some vengeful maniac posts to his local newspaper shortly before taking up position in a clocktower with a rifle (“I’ll no longer keep my mouth shut/Bombs away, gonna shake the house”).

The mad as hell/not gonna take it anymore theme is revisited regularly throughout Wonderful, Glorious. “Don’t mess with me/I’m up for the fight,” cautions “Kinda Fuzzy” over queasy glam guitars and keyboards that resemble the incidental music of a detective series. “I’m hurting bad/And fighting mad,” declares “On The Ropes”, an almost-country tune arranged around a pretty and understated riff. “Battle stations, gotta man your guns now,” orders “Stick Together”, a gruff instruction that recalls the more recent works of Tom Waits in both its frenetic percussion and distinctly Marc Ribot-ish guitars.

The question of the reason for all this purposeful loin-girding and up-saddling is answered in instalments towards the end of “Wonderful, Glorious” with a sequence of E’s characteristically backhanded devotionals (Eels, lest we forget, kicked off one of the great love songs of the late twentieth century, “PS You Rock My World” with “I was at a funeral, the day I realised/I wanted to spend my life with you.”) “You’re My Friend” and “I Am Building A Shrine” manage to make a virtue of a sentimentality that verges audaciously on outright sappiness. The closing title track fossicks, like most of Wonderful, Glorious – and most of Eels’ catalogue – for redemption in the overlap between optimism and fatalism (“Every night you spent shrouded in darkness,” decides E, “has led you to this moment in the light/It’s alright.”)

(i)Wonderful, Glorious(i) sounds, throughout, overwhelmingly like an Eels album – not the statement of the obvious it may appear, but an observation of how little difference the continually shifting group personnel ever makes to Eels’ music. This consistency, after all these years since “Novocaine For The Soul”, has to be admired as testament to the robustness of E’s vision – as does his dogged fealty to his preferred subject, of hope in spite of it all (“Peach Blossom”, literally an urge to smell the flowers, is a clear highlight, suggesting a Temptations song sung by a Lust For Life-era Iggy Pop). So Wonderful, Glorious. is yet another Eels album about desire and death – but what else is there?
ANDREW MUELLER


Q+A
MARK EVERETT
How ambiguous or otherwise is the title?
“It’s really not meant to be at all, though the plane dropping bombs on the cover may make it seem that way. There’s nothing ironic about it at all, to me. The reasons the bombs are dropping is that we’ve all somehow got to navigate our way through life, and it’s not easy for any of us.”

There’s a recurring theme on the album of struggling to find a reason to get out of bed…
“Right. And today it happened to be: so I could talk to Uncut.”

Did you have a specific agenda when you started writing/recording?
“What’s unique about this album is that it’s the only time I’ve ever gone into making a record with no plan – the plan was to have no plan. I had nothing written. I just wanted to get the band in a room and see what happened. I think that’s also reflected in the lyrics – I was scared about it, which is why there’s so much about fighting your way out of a corner. But we got lucky. Five guys in a room all firing on all cylinders.”

How do you decide which Eels personnel are invited to play on a new Eels album?
“I had an epiphany towards the end of the last tour I did with these guys – I realised they had been able to pull everything I suspected they might not be able to. So I thought: why don’t we all get together and write some music? It’s definitely more fun than sitting in the basement and recording yourself. It turns out I like fun.”
INTERVIEW: ANDREW MUELLER