Earth – The Bees Made Honey In The Lion’s Skull 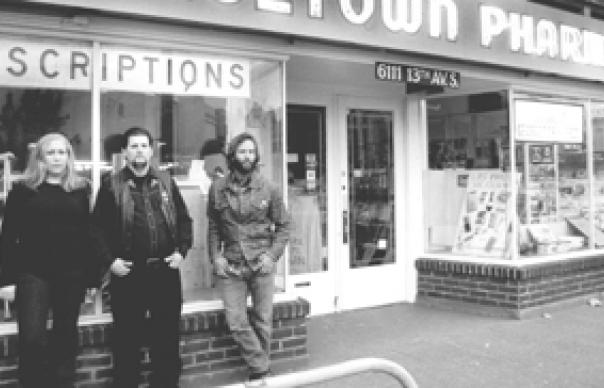 In the past couple of years, the pathologically slothful doom-rock patented by Earth in the early ’90s has become pretty hip, thanks to the work of some diligent disciples like Sunn 0))). Earth’s guitarist Dylan Carlson, though, has contrarily been heading down some dusty backroad towards Americana, of all things.

Hence The Bees…, their second full album since Carlson reactivated the brand in 2002, consists mainly of parched, soundtrack-friendly psychedelic blues that should appeal to Calexico fans as well as avant-metalheads. The pace hasn’t picked up much, but there’s a sticky, melodic richness to the heavy twangs and sonorous piano lines of “Engine Of Ruin” and “Omens And Portents I: The Driver” (featuring Bill Frisell, oddly) that belies Carlson’s monolithically grim reputation, without in any way betraying it.