Welsh songstress excels – with the help of Albert Hammond and The Roots... 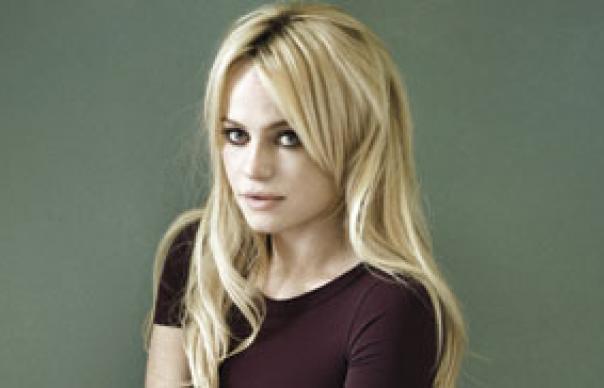 Almost three years and seven million albums have sloshed under the bridge since Duffy first headed eastbound along the M4, crying “Mercy” in her hot pants and weathering a blizzard of comparisons, many of them simply convenient (Amy, Adele), some plain perplexing (Dusty), others slyly dismissive (Lulu).

The thought occurs that perhaps she has simply been waiting for the horror of her Diet Coke adverts to recede from memory before she poked her head back into the tent, but it transpires Duffy has been busy for the past 18 months working with Albert Hammond, who, as well as being the father of The Strokes’ lead guitarist, is also the man who wrote “When I Need You”, “The Air That I Breathe” and dozens more worldwide hits besides.

It marks quite a shift in the creative process. Duffy’s debut, Rockferry, that immaculately constructed jigsaw of ’60s pop-soul shapes, was produced and co-written by Bernard Butler. Swapping the man who wrote “Animal Nitrate” for a 66-year-old pro who composed “To All The Girls I’ve Loved Before” might seem like a retrograde step, but the results – fresh, immediate, confident, contemporary – suggest otherwise. Hammond’s input aside, it quickly becomes clear that the real innovation on Endlessly is hiring jazz hip hop legends The Roots as Duffy’s backing band. In their hands the rhythms hit faster and harder, while the ballads are more minimal, direct and emotive.

Endlessly is a record of two opposing moods beamed in from two distinct locations. Half of it is a saucy, sexed-up spin around the dance floor. “Lovestruck” is pure Kylie, while “Keeping My Baby”, with its swooping strings, thudding electro-bass and handclaps, contains all the early-hours, minor-chord disco-drama of Abba’s “Gimme! Gimme! Gimme!”. Lyrically it’s a country cousin to Madonna’s “Papa Don’t Preach”, documenting a single girl wrestling with pregnancy – “20 weeks and what am I to do?” – and contemplating a future as “a stereotype with a government home”. This is social comment written in the glare of the glitter ball.

“Girl” is more tongue-in-cheek, taking Duffy back to her ’60s pop habitat. A pastiche of Swinging London film soundtracks, with its jerky comedy rhythm and a lyric that advises a love rival to “find your own scene, baby”, it conjures up images of David Hemmings flashing past in an MG. That’s Saturday night covered.

The other half of Endlessly is a long, chilly Sunday afternoon of the soul through which Duffy wanders, kohl-eyed and thoroughly teary. The crackling vinyl and ragged acoustic guitar at the start of the title track seems like a statement of intent: this is heartache served rare. On “Too Hurt To Dance”, “Don’t Forsake Me” and “Breath Away”, soaring, superior ballads all, we find the girl who stalked “Warwick Avenue” grown older, wiser and sadder. The lyrics of “Hard For The Heart”, a soulful pop confection which ascends to a “Hey Jude”-lite climax, might well be a mock-profound approximation of Shakespeare’s sentiments, but they act as a summation of the entire album: “Life is a play and we all play our part/But it often gets hard for the heart.”

The one caveat to full immersion remains Duffy’s voice. On occasion she sounds – delightfully – like Horace Andy; at other times she pushes that helium vibrato to the edge of endurance and seems simply to be battling a severe head cold. That aside, at 10 songs Endlessly is crisp and uncluttered, giving Duffy’s signature sound a snappy sonic upgrade without sacrificing all the things – instantly accessible songs; swooning retro-romance; that strange, seductive voice – that made her stand out in the first place. Cool and clever without being contrived, this is sharp, commercially astute pop music that ebbs and flows to the rhythm of a very human pulse.

Graeme Thomson
Q+A Duffy
How did your collaboration with Albert Hammond come about?
He saw me on the telly in America. I’d just hitw that milestone where everyone was going, “Wow, five million records in less than a year.” It was all kicking off and I wasn’t really thinking about new material, but he perceived that it was perfect timing to start. It all came together so seamlessly. Writing songs with him was a piece of cake.

What did he bring to the record?
Everything! He was so experienced, so wise, so fun. I’m a perfectionist. I long for quality, I yearn for it, but I can over-think things. Both of us were fighting for rawness. Forty years apart, we were both searching for this purity and vulnerability.

Lyrically it’s also quite raw. You sound like you’ve been through the mill.
Isn’t that what women are like anyway? Isn’t that how we spend most of our days? Of course, after success everything unravelled… that’s the way my life is, spitting in the wind, leaving it all to fate. I realised during the mastering of the album that without intention it had become a concept record. Ten songs that flow into one another.
INTERVIEW: GRAEME THOMSON