Alabama's finest return, recharged, and with a brilliant, balanced blast of rock'n'roll... 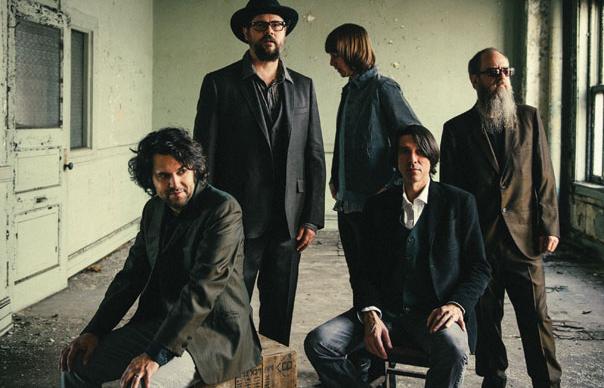 Alabama’s finest return, recharged, and with a brilliant, balanced blast of rock’n’roll…

You wouldn’t want to be a character in a Drive-By Truckers song. Whether it’s the frustrated titular timebomb of “When Walter Went Crazy”, the miserable housewife of “When’s He Gone” or the unnamed political fixer/arsehole of “The Part Of Him” (“He never worked an honest day, just kissed up to a better way”), few bands are as adept at painting deft studies of seething losers, loaded with sympathy, shorn of romance. But while English Oceans carries its quota of Truckers’ staples, there’s also much that sets this fantastic 12th album apart from its predecessors.

The band took a break after 2011’s Go-Go Boots, allowing chief strategist Patterson Hood to rethink his approach. Having previously adopted what he admits was a ‘throw it all in and see what sticks’ attitude to albums, Hood decided to edit this one more succinctly. English Oceans subsequently sweeps through a graceful arc, from Mike Cooley’s brassy opener “Shit Shots Count” through the gentler territory that marks the bulk of the album’s second side and ending with elegant epic “Grand Canyon”. Brilliantly paced, it really holds together as a piece, in some ways surpassing even Decoration Day, the band’s brooding 2003 masterpiece. Further consistency comes from the fact Hood and Cooley are now the only songwriters, bassist Shonna Tucker having left to form her own band (and leaving behind a noticeably tighter rhythm section). To fill her shoes, Cooley has been busier, writing six songs to Hood’s seven and even singing the hell out of one of Hood’s, the smouldering “Til He’s Dead Or Rises”, an unprecedented act in the Truckers canon.

Balance is the key and another change in personnel saw John Neff depart, allowing keyboard player Jay Gonzalez to double up on third guitar, making the songs a little leaner and providing better harmony between the band’s bludgeoning power and their superb, and often overlooked, technique. Gonzalez is a quietly critical presence throughout, even arranging horns on the brassy Exiles-like “Shit Shots Count”, which sets up the rocking first half. Here, the Truckers triple guitar attack is at full force on Hood’s growling “When He’s Gone”, the paisley jangle of Cooley’s “Primer Coat” and Hood’s excellent, insistent “Pauline Hawkins” (“Love is like cancer”), with “Layla”-style piano break. This first half ends with a magnificent brace of songs about politics, Hood’s splenetic march “The Part Of Him” (“His own mama called him an SOB”) and Cooley’s abstract, folky “Made Up English Oceans”, ostensibly about Republican attack dog Lee Atwater although with lyrics so oblique few would notice. Hood admits that both he and Cooley took a more intuitive view to lyrics. “I know what most of our songs are about, what inspired them,” he says, “but on this record there are multiple songs I don’t understand. We decided to let go lyrically and figure it out later.”

Languid soft metal rocker “Hearing Jimmy Loud”, featuring the classic Cooley couplet “She’s like a talking leather couch/warm between the cushions where she hid whatever treasure fell out”, signals a change the pace and is followed by Hood’s sprawling “Til He’s Dead Or Rises”, with Cooley on vocals. That flows into the acoustic “Hanging On”, Hood’s immense, touching song about depression, strangely reminiscent of Blur. “You put it in a song that suddenly the whole world wants to sing”, he sings, “But sometimes in the silence of the night/that voice might try to tell you it’s not right/so you close your eyes and try with all your might/to hang on”. Did Hood write this about himself? Maybe, he says, but he really doesn’t know, yet. It’s followed by the equally outstanding “Natural Light”, Cooley’s warped country/Vegas torch song that recalls Howe Gelb and features a great drunken piano part from Gonzalez. The understated “When Walter Went Crazy” and gorgeous Willie Nelson country shuffle “First Air Of Autumn” reduce the intensity before Hood finishes with “Grand Canyon”, a quietly devastating elegy to the friend whose death inspired this invigorating album.
Peter Watts

Patterson Hood Q&A
How did you use your break?
We spent a lot more time at home and went months without seeing each other. It made us realise that part of this job is to have fun and when it’s not fun, you’re not doing your job. We needed to miss it. We had been on the treadmill so long.

There’s a lot more Cooley on this album.
I wanted him to be more a part of it than he had on the last few records. Cooley had come through a period when he wasn’t writing at all and he beat himself up a little bit which made it worse. So he came in with all those songs and that made me want to write extra hard because if I was putting a song between two of his, it had to be good or people would skip my track.

How would you summarise English Oceans?
A lot of our records have been anachronistic, songs and stories set in the past. This is our right now record. It’s dedicated to Craig Lieske, who did our merch and had a heart attack in January 2013. We had to go on tour two days later with his empty bunk on the bus. It was brutal and I wrote “Grand Canyon” for him. That redefined the record. We were really hard on ourselves. If anything was lacking we wanted to know now rather than find out a year later. We were openly critical of anything that came up short because we wanted to make something Craig would be proud of.
INTERVIEW: PETER WATTS