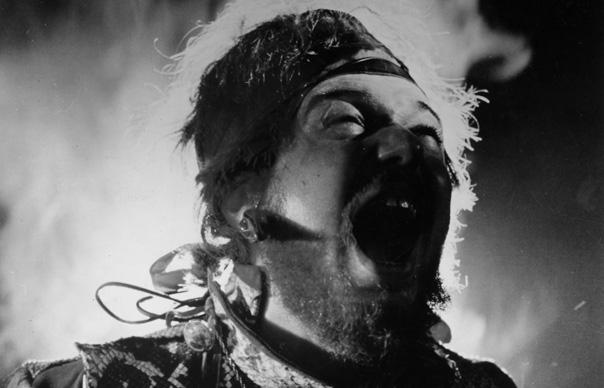 Rock has traditionally looked to Louisiana with an envious eye. The history. The imagery. The swamps. Songwriters who didn’t know one end of an alligator from the other used the Mississippi as their prime location (John Fogerty), sang inconceivably of “catfish pie in a gris-gris bag” (The Byrds) or wrote about a Cajun queen raising her baby “in the bayou with a Bible round his neck” (Fairport Convention). The hip glossary of New Orleans, with its John the Conqueror root and mojo hands, is as magnetic as the mythology surrounding the devil and the crossroads.

The ultimate statement of late-’60s hoodoo vérité is the enduringly brilliant Gris-Gris. A deeply mysterious album full of disembodied voices hanging like skulls from trees, it lends itself to apocryphal stories and far-fetched claims about the original Doctor John of New Orleans, a Haitian or Senegalese healer who appeared in the city in the 19th century. Mac Rebennack has said that his great-great-great-grandfather was arrested with Doctor John for “running a voodoo operation in a whorehouse in 1860”. Other sources suggest that Doctor John was almost certainly dead by 1860 – or that he never existed in the first place. “Many years later,” one paranormalist website relates, “Marie the Second [the daughter of New Orleans voodoo queen Marie Laveau] was heard referring to Doctor John, but not as a person, instead as an African spirit that could assist with rituals.”

Just as the slavery-era songs on The Band’s second album come to us from the incongruous setting of Sammy Davis Jr’s pool house in Los Angeles, Gris-Gris was created not in New Orleans but in the heart of Hollywood. The 1967 sessions at Gold Star Studios were the idea of Rebennack, a sought-after pianist on R&B and pop records, and producer-arranger Harold Battiste, who’d worked with Lee Dorsey and written the arrangement for Sonny & Cher’s “I Got You Babe”. Both Rebennack and Battiste were New Orleans natives who’d moved to LA earlier in the ’60s. Together they concocted the idea of a psychedelic Cajun crossover music with Rebennack playing the part of a sinister master of ceremonies, Dr John Creaux. The gris-gris of the title is a small cloth bag of African origin that wards off evil spirits. For Rebennack, it was the start of a totally new career.

Dr John would enter popular culture as the inspiration for a Muppet (Dr Teeth) and can be heard most mornings singing the theme tune of Curious George on Disney Junior. But Creaux was a far from child-friendly proposition in 1967 as he and his backing singers itemised the remedies in his little satchel. Mumbling and leering as though completely out of his brain, he listed potions including dragon’s blood (medicinal resin), “balls fix jam” (to be eaten with breakfast) and “sacred sand”. Not all of his terminology was so recondite. His clients came from miles around, he boasted, establishing a hard drug subtext to Gris-Gris that reflected Rebennack’s real-life heroin addiction.

Rebennack has tended over the years to recall Gris-Gris as a musical brainwave on his part – let’s combine this with this and see if it sells to the rock audience – but the incantations and juxtapositions on Gris-Gris were so bizarre that even Ahmet Ertegun, whose Atco label released it in January 1968, had no idea what genre it fell into. Aficionados of the furthest-out psychedelia would struggle to find a precedent for Battiste’s arrangement of “Gris-Gris Gumbo Ya Ya”, an eerie shadow print of mandolins and ominous drums. “Danse Kalinda Ba Doom” is like a demented dance band trying to play the second half of Pharoah Sanders’ “Upper Egypt And Lowe Egypt” while an assortment of berserk singers repeatedly interrupts. “Mama Roux”, perky and toe-tapping, is the first of a pair of more accessible tunes – the other is “Jump Sturdy”, a banjo-led chant – but the enchanted persona of Creaux ensures that the vibes remain extremely potent even when he disappears for six minutes (the duration of Battiste’s fantastic, mostly instrumental “Croker Courtbullion”) while a wandering flute and a Sonny Sharrock-style guitar take prominent roles.

On an album teeming with outlandish names and inversions of familiar phrases (“Jack be nimble, Jack be slick… Old King Cole had a whole lotta soul”), “Jump Sturdy” weaves together some of the central themes, referencing Marie Laveau and mentioning Bayou St John where she practised some of her voodoo rituals. We’re also introduced to two secondary characters, a rival voodoo queen named Julia Jackson and a local character known as Zozo La Brique. Whatever the truth about Doctor John, these women did exist. Zozo was a street merchant who starved to death because she was too miserly to buy food, according to Gumbo Ya-Ya: A Collection Of Louisiana Folk Tales, a book published in the 1940s.

The most famous song on Gris-Gris, covered by everyone from Marsha Hunt to Paul Weller, is “I Walk On Guilded Splinters”, the seven-minute closing track. The voodoo queens step aside and The Night Tripper returns to stake out his territory, emerging from his coffin like Screamin’ Jay Hawkins to “put gris-gris on your doorstep”. The spells he casts abandon the English language for French. Battiste doesn’t so much arrange the music as scatter its bones beneath a full moon. Possessed to the point of being scary, it’s easy to hear its influence on “Sympathy For The Devil”. Jagger must have played it to death.

Real Gone’s Gris-Gris reissue adds no extra tracks and provides nothing spectacular in remastering terms; it’ll always be a strange-sounding album with an exaggerated stereo mix. Then again, it hardly needs improvement. The album’s mysteries lead both inwards and outwards, taking the researcher on an odyssey that leads to figures like Père Antoine, an 18th century Louisiana priest with links to the Spanish Inquisition, and Robert Tallant, a newspaper columnist who co-wrote the aforementioned Gumbo Ya-Ya. Ten years after publishing a book about Marie Laveau, Tallant inexplicably died while drinking a glass of water. They all find their way into Gris-Gris somehow, pollinating it with their superstitions, their lore, their magnificent dubiousness.
David Cavanagh