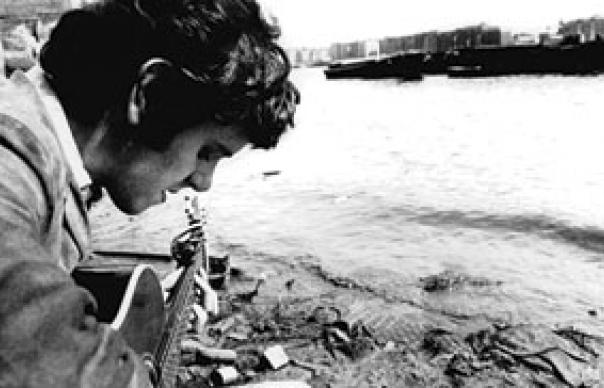 Donovan Leitch’s reputation has been determined, in large part, by misguided cameos in DA Pennebaker’s Dont Look Back. Don’s propensity for popping up in Dylan’s London hotel room at odd moments, and Dylan’s exasperated curses of “Donovan!” once he’s left, simultaneously proved the young singer’s networking skills while casting him as pretender at the court of King Bob, a fawning idolater. A later penchant for dressing as a star-spangled wizard gazing dreamily into TV cameras and singing fey Lewis Carroll-style Victoriana didn’t play well with later, more cynical eras either.

But when you listen without prejudice to Donovan’s catalogue, especially the period ’66–’72, it’s clear his rep as hanger-on is unjustified. For sure, his breakthrough records like “Catch The Wind” bore the mark of the Guthrie/Dylan folk revival. But by 1965, when he began recording Sunshine Superman, he was striking out towards the kind of romantic psychedelic folk his contemporaries took several years to catch up with.

Sunshine Superman’s release history is a little messy. Completed at Hollywood’s Columbia Studios, it was issued in the US first, in Sept ’66 (it reached No 1), only surfacing in the UK with a different track listing, bundled together with his US follow-up Mellow Yellow, slap in the middle of the Summer of Love.

This double set collects the original US 10-track release, newly mastered in stereo, plus six extras and two tracks that only appeared on the UK edition. Disc two, containing the original mono UK version, feels redundant now, since the stereo mix unwraps the album’s full potential, making it sound far less conventionally poppy and highlighting delicate production flourishes. “Three Kingfishers”, for instance, is a crystal ball vision of Celtic myth and transfigured nature, abuzz with sitars and rattling with Indian percussion, nearly three years before the record it resembles, ISB’s Wee Tam And The Big Huge. “Guinevere”, meanwhile, is courtly Arthurian folk draped in a featherlight ermine of strings, arranged by John Cameron – an urbane Cambridge graduate hired by Donovan’s manager Mickie Most, who would contribute to much Donovan output over the next few years. US personnel included Shawn Phillips on sitar, the Modern Folk Quartet’s Cyrus Faryar (guitar) and ‘Fast’ Eddie Hoh (drums). Donovan’s signature, at this time, was to take a vignette, a meeting in the street, a trip to a funfair and mythologise it, view it through lysergic lenses

“Ferris Wheel” is a carefree ascension of the spirit, imagination gliding with the seagulls, at once whimsical and moralistic. While such songs aim for a timeless quality, others are rooted in the fashionable present, with namechecks for Jefferson Airplane (“The Fat Angel”), Jean-Paul Belmondo and Mary Quant (“Sunny South Kensington”) and Bert Jansch (“Bert’s Blues”), while the prowling title track sees Don taking pot-shots at Superman and Green Lantern. Likewise, “Season Of The Witch”, with its reference to “Beatniks out to make it rich”, betrays a canny alertness lurking in the faux-naif minstrel (listen out for junior sessioneer Jimmy Page). And “Superlungs”, presented here in a first take, is an acid rock tribute to the teenage pop chick, partial to a puff, the like of which Donovan was presumably bumping into on a regular basis.

His best was still to come: the paradisiac A Gift From A Flower To A Garden, the mystic rock of Barabajagal. But polished up, Sunshine, can stand proudly close with those LPs, and alongside Rubber Soul and Fifth Dimension as one of the great ’60s game-changers.
Rob Young

Q+A DONOVAN
Is this the ‘true’ Sunshine Superman?
America turned on to me faster than my homeland. Pye slowly caught up and foolishly, released Sunshine Superman as half as the original and half on Mellow Yellow, not realising it’s an entire work like Sgt Pepper was to become. And so my masterwork was split in two. Now it is fitting that we have the complete mono version, with a stereo version for stereo fans. Me, I’m a mono fan.

What brought on your evocations of Celtic and medieval mythology?
I was conscious of wishing to weave a magic sound. The sounds to come were on [1965’s] Fairytale, too: the lyrics of “Sunny Goodge Street” sing of The Magician and “eyes you’ve not used yet” – references to Celtic mysticism. As for Celtic mythology, I was born in Scotland, of Irish/Scots parents, and my father read me poems of these Isles. I’m a re-incarnate bard.

Is “Superlungs” based on a real person?
Of course, she is real – her other name is Supergirl. Just as Superman, in my parlance, is the undeveloped, all-powerful potential Super Conscious Being, to be evolved. Her real name is… Mum’s the word.
INTERVIEW: ROB YOUNG