Three decades of hot licks and cold sweat from the former Steely Dan man, now in a box set 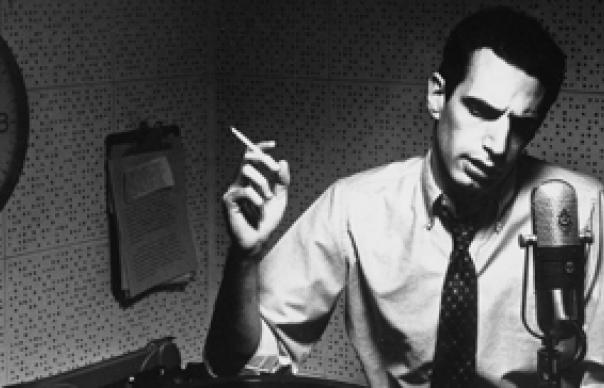 More personal than Steely Dan’s records but every bit as acerbic, Donald Fagen’s solo LPs are united not just by their sophistication but also by a sense of nostalgia for what has been irretrievably lost – Duke Ellington and Ray Charles, the promise and optimism of postwar America and Fagen’s own innocence. The three albums make a powerful cumulative point – as memories recede, from adolescence through midlife to encroaching mortality, the associated emotions intensify.

On The Nightfly Trilogy, the sleek contours, and soulful female backing vocals provide a counterpoint to the anxiety that permeates the lyrics, forming a smooth coating of familiarity around the increasingly bitter pill of the material. As Fagen puts it in his newly penned notes to Morph The Cat, “paranoia just wasn’t any fun anymore in the age of Al Qaeda.”
If unease is the trilogy’s recurring tonality, fierce intelligence and unerring taste are the gears that turn its complexities.

On 1982’s The Nightfly (Fagen’s reflection on adolescence), Dan mainstays like guitarist Larry Carlton and drummer Jeff Porcaro play with seemingly effortless virtuosity on the beguiling “Green Flower Street” and “The Goodbye Look”. Eleven years later, Kamakiriad (the “midlife” album) boasts an entirely new crew, including partner Walter Becker on lead guitar, gliding back to the future on “Trans-Island Skyway”. For 2006’s Morph The Cat, the core line-up of the reformed Dan band seems as unruffled gamboling through the nightmare zeitgeist narratives of “Mary Shut The Garden Door” and the title song as they do on Fagen’s silky ode to Brother Ray, “It’s What I Do”.

Free of the thematic weight of the proper albums, the 10 little-heard songs on the bonus disc provide pleasurable marginalia as they embrace Henry Mancini, and the big-band era. The opener, a delectably funky 2006 cover of Al Green’s “Rhymes” created in collaboration with Todd Rundgren, makes a tantalizing case for a joint album from the two iconoclasts. That would be just the thing to snap Fagen out of own morose state: the prospect of a fourth solo project is simply too unsettling to contemplate.

UNCUT: The trilogy is startling in its thematic cohesiveness.
DONALD FAGEN: While I was doing The Nightfly, I realized that the songs had the point of view of someone in early adolescence. And when I did Kamakiriad, although it had a science fiction framing device, it was actually about midlife. At that point I kind of knew I was going to do a third album that would make it a kind of trilogy. So Morph The Cat was more premeditated as to its theme.

What’s the difference between a Steely Dan record and a solo album?
When I’m in my studio and I say, “Hey Walter, what do you think of this?,” and no one answers, that’s the difference. But every once in a while I’ll come up with a song that is more personal or subjective in some way. And sometimes there are things I’ve shown to Walter that he didn’t feel like working on; maybe he sensed that they were songs I should work on by myself.