Devendra Banhart – What Will We Be 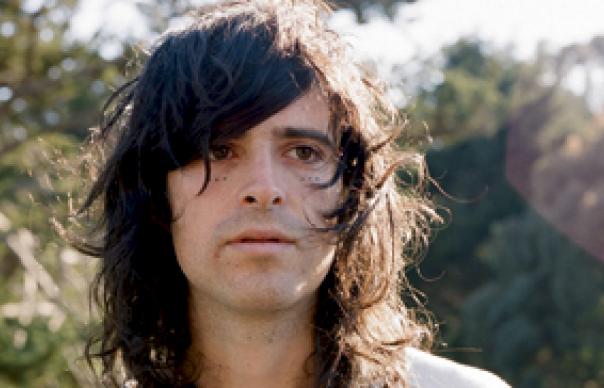 Devendra Banhart, 28, has actually lived the sort of life that Dylan had to make up. Born in Houston, he spent his childhood in Caracas, Venezuela, not learning English until his adolescence, when his family moved to Southern California. He spent several years hoboing and busking around the planet, Woody Guthrie-style, making his earliest recordings on antique cassette recorders and answering machines.

A compilation of these primitive outpourings comprised the fledgling artist’s debut, which doubled as the freak-folk manifesto – the succinctly titled Oh Me Oh My The Way The Day Goes By The Sun Is Setting The Dogs Are Dreaming Lovesongs Of The Christmas Spirit.

Throughout the decade, Banhart has been a man/boy on a mission, fomenting a grass-roots rebellion against Pro Tooled pop. He’s a Moses in reverse, leading his disciples – including Noah Georgeson, Vetiver, Espers, Yacht, Jackie O Motherfucker, Currituck Co and his one-time girlfriend Bianca Casady’s CocoRosie – back into the wilderness.

What many of Dev’s fans don’t realise is that the lo-fi nature of his recordings has been more a matter of necessity rather than the result of some clearly defined stance. Four years ago, he likened making a record to cooking, bemoaning the fact that he’d made do with “very shitty utensils and ingredients. I hope to someday make something that feels like an actual entire meal”.

Now, armed with his first major label deal, Banhart has been afforded the opportunity to whip up a satisfying full-course dinner. For this project, he was provided with a sufficient budget to gather the musicians he wanted (he opted for the same players who’d supported him on the previous album, 2007’s shambling Smokey Rolls Down Thunder Canyon), as well as a top-flight recording facility (instead, he set up an impromptu studio in a house north of San Francisco) and an A-list producer (he went with Paul Butler of Band Of Bees). Despite these nonstandard choices, the resulting album is easily his most polished, although no-one will mistake it for Steely Dan.

Whether you hail What Will We Be as a reassuring manifestation of Banhart’s newfound artistic discipline or an uneasy compromise in the general direction of conventionality will depend on your predisposition, and mine puts me among those who will give the LP a cautious thumbs up. From my standpoint, the intermittent presence of discernible song structures, uniform tempos, crisp arrangements and dynamic contrasts is at plus, and most of the 14 tracks bear at least one of these virtues.

This crew knows how to get a groove on. And yet, for every track on which the beat is big and bouncy – most notably the 2 Tone/Motown percolator “Baby”, the shimmering Topanga Canyon homage “Goin’ Back” and the glammed-out “16th & Valencia Roxy Music” – there’s another where the tempo is treated like a little kid fiddling with an on/off light switch. The most maddening example is “Rats”, which kicks in as a steaming slab of lysergic blues rock, complete with volcanic riffage and Jim Morrison-like incantations, but backs off into sludge just when you expect it to erupt.

These energised songs are interspersed with tracks that are the aural equivalent of still-life paintings, lovely but inert (among them, “Angelika”, “Maria Lionza”) and balladry so twee it makes Banhart’s beloved Incredible String Band seem like Black Sabbath (“Chin Chin & Muck Muck”).

More alluring are the marimba-accented tropicália of “Can’t Help But Smiling” and the bossa-ish Spanish-language “Brindo”, on which Banhart appears right in his comfort zone. All of the above must be played loud or they’ll float away like mist. How is growth measured in the case of an artist who built his reputation by drawing far outside the established lines? What Will We Be stands as a fittingly ambiguous, partly frustrating and altogether fascinating response to that question. Call it artful artlessness, or vice versa.