Legendary bootleg finally gets an official release, remastered by the Dame himself 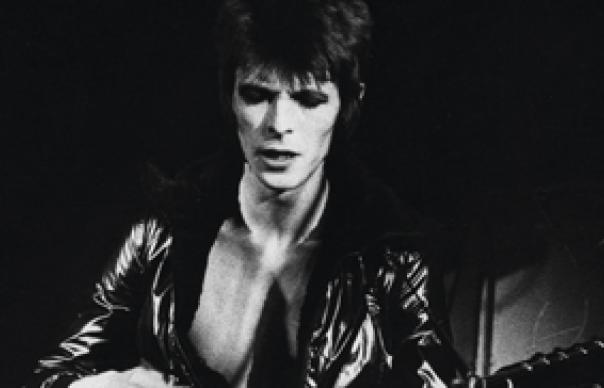 In June 1972, David Bowie – by now method-deep in character as Ziggy Stardust – was one of the 80,000 people who witnessed the first New York shows by Elvis Presley at Madison Square Garden. Six months later there were furious demonstrations outside his own show in Nashville, sparked by suggestions that this “homo from Aldebaran” (as Lester Bangs delicately put it), might himself be the new Presley.

Live Santa Monica ’72 – recorded in October that year, finally released after decades of bootlegs and a semi-official limited edition in 94 – is not only a terrific document of this assiduously-stoked US Ziggymania, but also the discerning Bowiephile’s live album of choice.

While Hammersmith 73 was too self-consciously staged (and posthumously patched up) and David Live more plastic than soulful, the Santa Monica show caught Bowie and the classic Spiders line up (Ronson, Boulder, Woodmansey, plus new recruit for the US, pianist Mike Garson) as their remarkable rocket was still on the way up. You can hear it all coming together for Bowie – Tony Newley, the Velvets, the Yardbirds and Jacques Brel, all forged into something distinctively his own.

It may also be the best introduction to Bowie’s first flush of proper success, mixing up tracks from Hunky Dory (a jazzy “Changes” courtesy of Garson), almost all of Ziggy, as well as the beginnings of Aladdin Sane (including a storming “Jean Genie” – Bowie was to write almost all his next album cruising through the States on his chartered Greyhound).

The radio announcer who introduces the gig refers to Bowie as a “they” – like they were the British Alice Cooper – but maybe this is only appropriate, because the real pleasure of this set is hearing just how powerful this band could be – particularly Ronson, specifically on “Moonage Daydream”, stripped of the daft bass sax and pennywhistle solo, revealed as an awesome piece of metal machinery. Where were the Spiders? Right here.
STEPHEN TROUSSÉ