Dan Michaelson And The Coastguards – Distance

Dan Michaelson is not a particularly prolific Tweeter, but between musing about IKEA hotdogs and the time he DJed in Topshop (playing John Tavener, Laurie Anderson and ESG back-to-back) he found time to re-Tweet a backhanded compliment from a thoughtful soul called @recordshopbloke. “I do like Dan Michaelson's records,” said the bloke, “but sometimes it’s a bit like a mate on the phone going on endlessly about his tragic life.” 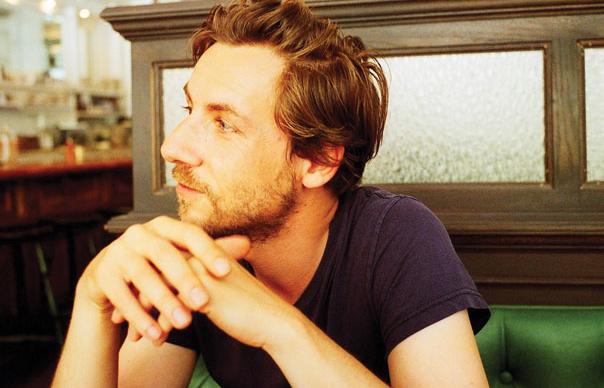 Dan Michaelson is not a particularly prolific Tweeter, but between musing about IKEA hotdogs and the time he DJed in Topshop (playing John Tavener, Laurie Anderson and ESG back-to-back) he found time to re-Tweet a backhanded compliment from a thoughtful soul called @recordshopbloke. “I do like Dan Michaelson’s records,” said the bloke, “but sometimes it’s a bit like a mate on the phone going on endlessly about his tragic life.”

Well, @recordshopbloke better turn off his metaphorical phone, because Distance takes the intensity of 2013’s Blindspot, and doubles it. That’s a bit of a puzzle, because Michaelson doesn’t seem like a tragic character, even if his lyrics are philosophically blue. Now resident in East London, but originally from Northamptonshire, he is blessed with a voice that draws comparisons with Bill Callahan, Kurt Wagner and – just about – Lou Reed. He claims to have no skill as a singer, but as a compromise with his own modesty, employs a confessional mumble that sometimes extends to a low croon, adding a patina of tragedy to lyrics which are already heartbroken. Add Horse’s pedal steel guitar and it’s clear that Michaelson is never going to be found busking on the sunny side of the street.

But, really, gloom is not the overriding sensation. Listen closely to “Getting It All Wrong”, with its pulsing bass from Romeo Stodart of the Magic Numbers, and you can imagine Dionne Warwick taking the arrangement in another direction. This is soul music (as in “dark night of …”), but it comes in heavy disguise. The lyrical introversion is tough, but the delicate playing of the Coastguards adds drama and beauty. The overall effect is of emotional control in the face of great torment. To call it Americana would be misleading. True, the steel guitar makes it feel like ancient country music, but Michaelson also embraces minimalism, and isn’t above colouring an emotion with a sombre cello. It’s depressing in the way that Leonard Cohen is said by his detractors to be depressing (which is to say: not at all).

Distance can be viewed as the final piece in a trilogy that began with 2011’s Sudden Fiction, Michaelson’s third solo album, after a false start with the band Absentee in the mid-2000s. His first two solo records, Saltwater (2009) and Shakes (2010) showed him edging towards coherence. The spartan Sudden Fiction was informed by a stay in West Texas. The Coastguards returned for the exquisite Blindspot, in which Michaelson continued his forensic examination of a failed relationship.

Distance occupies the same emotional terrain. It was written in Montauk, New York, which seemingly influenced the seasonal feel of the lyrics. It starts with the gorgeous “Evergreen”, which looks back on the end of a love affair, with the singer edging reluctantly towards the realisation that “only fools think love is evergreen”. From there, Michaelson circles around the pain of separation; stripping the sheets from the bed, and wiping his footprints from the floor, in the country ballad, “Every Step” (“take the records we shared/so you can’t hear what isn’t there”).

Bones sounds like something from Lambchop’s AwCmon. It starts small, and ends majestically. But the album’s emotional power is located in the final three songs. The delicate “Evening Light” has Michaelson walking through the night “to find morning light” , while still clinging to the hope that he might see his lover again. “Your Beauty Still Rules” sees him examining the dust in the sunlight of an empty room. The emotional arc is completed by the closing “Somewhere”, which sounds like a song composed in the piano bar of an abandoned hotel at 3am.

“Rip the hinges off the wall and let the wind blow down the hall,” Michaelson sings in conclusion. “It doesn’t hurt to change at all.” After all that has gone before, that sounds more like an aspiration than a statement of fact.
Alastair McKay

Q&A
Dan Michaelson
Did you have a plan for this album?
I didn’t. I thought I wasn’t going to make any more records. I’d been doing quite a lot, and then I thought, maybe I’ll think about not making any, after the last one. Then one morning I started to get a bit grumpy and stopped talking to people, and people started asking if I was OK. I usually feel that’s the time to start making a record again.

It’s a full band album, but it’s restrained.
‘Yes – it’s not a psychedelic thing where I just fed them acid for two weeks and then put them in a recording studio and pressed ‘record’ . There’s no huge ego thing. We’re trying to craft a song.

Was it inspired by a particular heartbreak?
It’s more an accumulation of various emotions. Around the time of the last album but one, I was in a long term relationship which ended, and some of that’s still feeding in somewhere. I was reading Graham Greene’s autobiography and he was going on about how writing was him taking the chaos all around him and distilling it into something that he could understand. There’s another really good, or pretentious, literary quote – Raymond Carver said that in his stories there’s one grain of truth that you build a beautiful picture around. Between those two things is how I feel I am, as a songwriter.
INTERVIEW: ALASTAIR McKAY