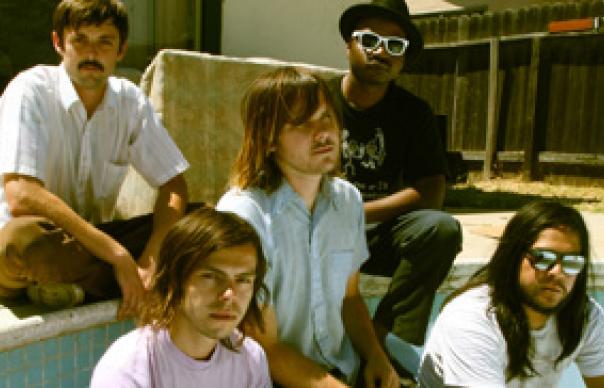 You only have to glance at Crystal Antlers’ press photos to start getting the flavour of five raggedly idealistic Long Beach bums who are a bit Mudhoney, a bit Hüsker Dü, a bit 13th Floor Elevators, and who’ve got their own Flavor Flav-style hypeman on percussion and general goofing. Brilliantly, they claim to run their own chimney sweep company, drive to gigs in a van powered by vegetable oil, while the aforementioned percussionist used to call himself Sexual Chocolate (he’s since reverted to his birth name, Damian). If you’re not psyched to hear the Crystal Antlers’ debut album after all that, you’re reading the wrong magazine.

With last year’s terrific self-titled EP, Crystal Antlers blazed confidently into the West Coast psych punk void created by Blood Brothers’ break-up and Comets On Fire’s hiatus. Few reviewers have been able to resist mentioning Ethan Miller’s hairy mob in relation to Crystal Antlers and there’s a palpable sense of a mantle being passed here, although there’s arguably more love – and more Love, come to that – in the Antlers’ beatific visions. “Glacier” and “Swollen Sky” may portend an imminent environmental apocalypse but – like High Places and Yeasayer – rather than mongering doom, Crystal Antlers have appointed themselves as rowdy cheerleaders for mother earth.

Victor Rodriguez’s organ leads the charge, “Dust” setting off at a deranged gallop before tugging back so sharply on the reins you’re thrown out of your seat. There are slumbers, sprints and waltzes, the band’s vaudevillian tempo changes contrasting starkly with the linear furrows of Wooden Shjips, for example.

On “Andrew” – a hoarse highlight – chief caterwauler Jonny Bell summons the ghosts of swampland soul. “Your Spears” is giddily capricious, “Tentacles” barbed and point-blank, “Swollen Sky” majestically strung-out: a whole bleeding rainbow of emotions where most noise bands manage only one.

Crucially, it always feels as if Crystal Antlers are having a blast, continually cold-shouldering the obvious and pushing each other to the limits of their musicianship and beyond. A little reminder that rock music can still feel like freedom.