It didn’t require a telescope to spot Craig Finn’s first solo record glinting on the horizon. The most recent Hold Steady album, last year’s Heaven Is Whenever, hinted at creative restlessness within the ranks. The band carved out a little more space and Finn scaled down his narratives to something less obviously cinematic, yet it seemed clear there was ample room for further exploration. 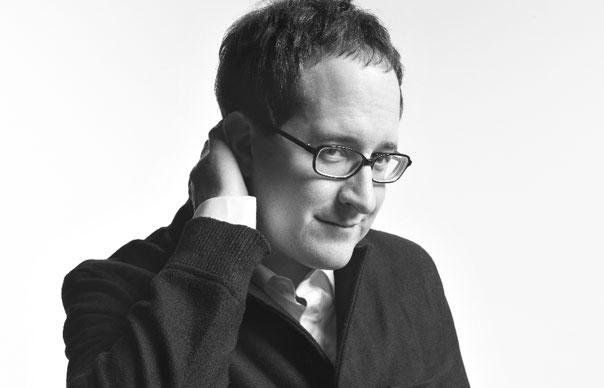 It didn’t require a telescope to spot Craig Finn’s first solo record glinting on the horizon. The most recent Hold Steady album, last year’s Heaven Is Whenever, hinted at creative restlessness within the ranks. The band carved out a little more space and Finn scaled down his narratives to something less obviously cinematic, yet it seemed clear there was ample room for further exploration.

With the group currently on a recording hiatus until 2012, Finn has duly wriggled free from their tightly-wound signature sound to embrace a rootsy intimacy. Recorded in Austin with Spoon producer Mike McCarthy and a band which includes White Denim drummer Josh Block, Clear Heart Full Eyes aims for what Finn calls “pure songwriting” and offers the strongest evidence yet that the distance between writer and subject matter is rapidly closing.

Appropriately for a debut solo outing, these songs are primarily concerned with solitude: people walk into every conceivable kind of wilderness and are either stranded or simply disappear; lovers leave yet still hang around cheap rooms like phantoms.

The music matches the mood, drawing heavily on a broad sweep of Americana. The emotional and sonic terrain of many of these songs will be familiar to anyone who’s ever visited American Music Club’s California, REM’s “Country Feedback”, or the darker edges of Whiskeytown’s Pneumonia. Opener “Apollo Bay” is soaked in the same slow, swampy blues vibe as “Can’t Wait” from Dylan’s Time Out Of Mind. Rickie Ray Jackson’s pedal steel makes an evocative scene-setter throughout, whether descending like sea mist over mournful minor chords on the bleakly beautiful “Western Pier”, or sending hot little licks scudding over the train-track rhythm of “New Friend Jesus”, a mordant mix of cutting irony and ragged country-rock which finds Finn flirting with a Texas twang.

Finn does occasionally return to the comforting embrace of beer, bar-room rock and Jesus. “When No One’s Watching”, the tale of a “weak man living off of weaker women” told over a twitchy back-and-forth riff, is pretty much business as usual. “No Future”, a terrific chugging rocker that calls in Johnny Rotten and Freddie Mercury as spiritual advisors, is similarly archetypal.

Elsewhere, however, the familiar falls slightly flat. “Jackson” has some weird three-way thing going on between an actor, his depressive girlfriend and the protagonist, but it’s all a bit drab and disjointed. The stomping “Honolulu Blues” is a blast but feels similarly peripheral, partly because it comes directly before a strikingly beautiful troika of heartbreakers, a closing suite as affecting as anything Finn has done.

“Rented Room” – sparse, desperate, quietly anthemic – obsesses over a departed lover from a strip-lit box “above a saloon”, while “Balcony” flips back to the moment it all ended, culminating in a parting shot full of blackly comic bravado: “I hope that dude don’t break his nails when he tries to help you carry all your stuff”, sung over a gorgeous, deceptively breezy descending melody.

The slow, sad waltz of “Not Much Left Of Us” is made of far darker stuff: weeping pedal steel, drawling fiddle and Finn’s ragged voice, at once urgent and exhausted. The lyric is one long night sweat, spilling out memories, regrets and a series of unforgettable images, none more remarkable than: “The part that remains is rotten and bruised, the soft spot on a passion fruit”. Yet it’s all he has left, and he’s holding on tight.

Fact or fiction? Does it matter? Finn’s been playing this game too long to suddenly turn confessional, but there’s no ambiguity about the quality of the music. It won’t soundtrack any turbo-charged nights on the tiles, but Clear Heart Full Eyes is a low-key triumph, containing some of the most emotionally satisfying work Finn has yet produced.
Graeme Thomson

Q&A: CRAIG FINN
Why a solo album?
We decided to take time off and I wanted something to do. I also wanted out of my comfort zone. A lot of these songs were quiet and just didn’t seen right for the band, and they were all supportive. I don’t think they’d have wanted to make the record I’ve made.

How did it come together?
Mike [McCarthy] picked the musicians. I first met them on the Monday morning in the studio. We shook hands, got to work, and by Friday night we had 14 songs recorded. They jumped right in. It was exciting and validated what I wanted to do.

The record feels much closer, more personal..
It’s that warm Americana thing. I’ve been listening to Townes Van Zandt, Warren Zevon, Neil Young, and the pedal steel is so nice, it lilts and makes everything a little sadder. And yes, I think there’s a little more of myself on the line. I turned 40 in August and wanted to reflect the quieter moments, those softer fears and anxieties. A lot of the songs are about this idea of being displaced and alone, whether geographically or through the end of a relationship. Finding yourself by yourself – that’s a big theme.
INTERVIEW: GRAEME THOMSON