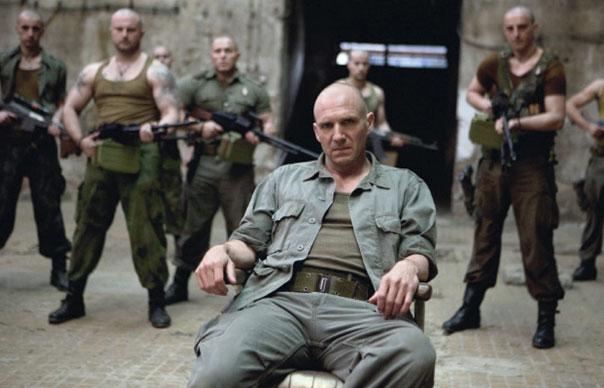 Ralph Fiennes’ impressive if very macho foray into filmed Shakespeare is set in a grey, modern-day Europe reminiscent of the former Yugoslavia during the Balkan wars of the 1990s.

The actor-director throws in shaky, verité-style camerawork and CNN-style news reportage. Inevitably, when gun-toting characters in military fatigues start speaking in verse, the effect is jarring and anachronistic. However, Fiennes himself brings such gimlet-eyed fury to his role as the vengeful warrior that the storytelling never seems precious.

Gerard Butler is in equally aggressive form as his bitterest enemy turned very uncomfortable ally, Aufidius. Vanessa Redgrave excels as the mum with even more of an appetite for violence than her son.

John Logan’s screenplay is occasionally heavy-handed in its attempts to yank Shakespeare’s play into a modern context and to introduce elements of political satire. The film’s trump card is its absolute conviction. Fiennes directs just as he performs – with ferocious intensity.
GEOFFREY MACNAB