Chris Stapleton – From A Room: Volume One 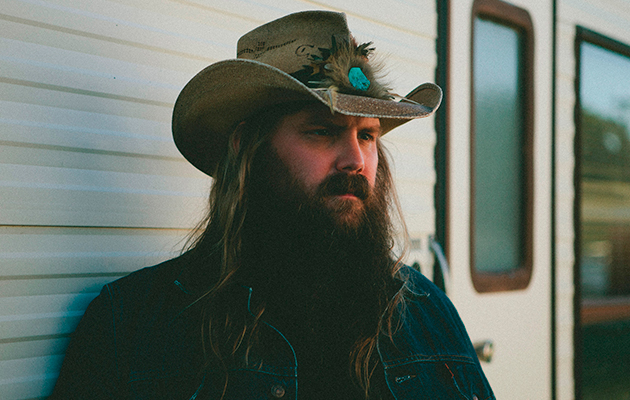 Solo success landed late and hard for Chris Stapleton. After years as a jobbing songwriter in Nashville – creating mainstream country hits for the likes of Kenny Chesney, Tim McGraw and Dierks Bentley – he was in his late thirties by the time of 2015 debut, Traveller. The album went double platinum in the US, due in no small part to a duet performance with Justin Timberlake at the CMA Awards that tore the roof off. Stapleton went on to win armfuls of gongs, including two Grammys, as Traveller topped the Billboard charts.

All of which means that its follow-up has plenty to live up to. Thankfully, the first volume of From A Room (a second is due in December) doesn’t disappoint. Stapleton has wisely stuck with the same team that fashioned Traveller, with Nashville’s go-to guy, Dave Cobb, again called on as co-producer. There’s an almost casual, easy-swinging feel to much of Stapleton’s work that goes some way to explaining his popularity, wed to a burly image – big beard, wide hat, voice like an agitated bear – that taps into the outlaw tradition of Waylon Jennings or Tompall Glaser. The jocular air of “Them Stems” is typical, a loping blues (and a corollary to Traveller’s “Might As Well Get Stoned”) that catalogues a doper’s dismay over a no-show dealer. And “Up To No Good Livin’” is a penitent country chugger that might’ve fitted well into George Jones’ songbook, its wayward protagonist having “done a whole lot of shit not permitted by law”.

Yet there’s also a more ruminative side to Stapleton that can be acutely powerful. This is perhaps best expressed on “Either Way”, a despairing acoustic ballad with a soaring vocal that’s enough to halt time in its tracks. “I Was Wrong”, meanwhile, exudes an old-school Southern groove that recalls both Ray Charles and the Eric Clapton of the early ’70s. Indeed, From A Room: Volume One manages to pull off that rare trick of sounding both fresh and familiar, as dauntless as it is consoling.