One man's Cold War crusade, rephrased as a crackpot comedy with Tom Hanks 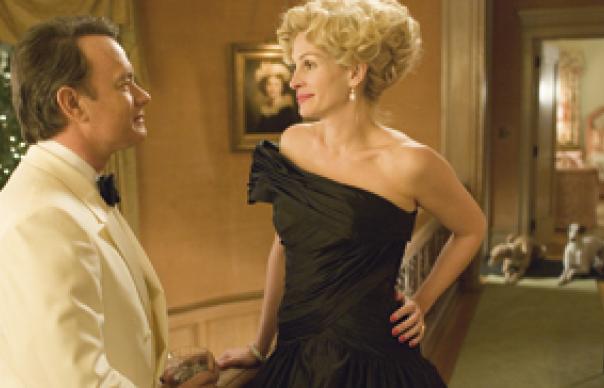 All those earnest liberal Hollywood movies audiences have been staying away from? This may be the antidote. It’s certainly the anti-“Lion for Lambs”: the true story of how obscure Texas congressman Charlie Wilson (and behind him, the sixth richest woman in Texas) made it his mission to fund the mujahideen resistance in Afghanistan, indirectly bringing down the Soviet Empire – not to mention the World Trade Center.

Armed only with charm, whisky, and a seat on the Defence Appropriations sub-committee, Wilson upped covert CIA backing from $5 million in 1980 to $500 million by the end of the decade, with matching funds from Saudi Arabia and tacit support from Pakistan and Israel.
Scripted by Aaron Sorkin (“The West Wing”), Nichols’ movie casts this anti-Communist crusade as the stuff of crackpot comedy, which seems appropriate, though Rudy Giuliani failed to find evidence the congressman did any cocaine within US borders.

A larger than life performance from gung-ho CIA op Philip Seymour Hoffman generates most of the laughs here, but Hanks does fine work too as an unapologetic “Good time Charlie” turned dedicated missionary of war. (Julia Roberts and Amy Adams are two of the many women in his life.) If it’s ultimately too celebratory for comfort, the tone is sophisticated and the handling is remarkably light and adept.