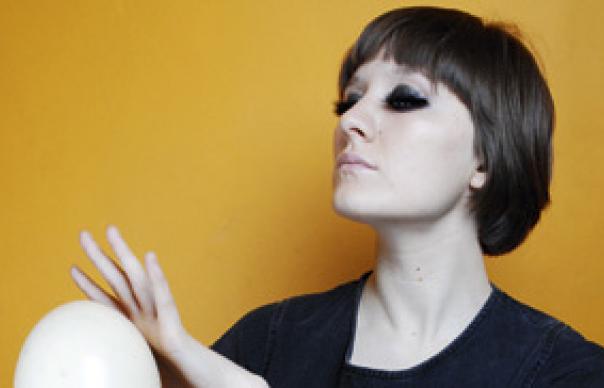 Despite never giving the impression of haste, Gruff Rhys must be the busiest man in faintly psychedelic Welsh indie rock. As well as his day job fronting Super Furry Animals, in recent years there’s been the folky solo album, the Neon Neon project, numerous guest vocal appearances (Simian Mobile Disco being the latest beneficiaries of the distinctive Rhys croon), and a documentary film on Patagonian folk singer Rene Griffiths. His latest venture is a record label/multimedia enterprise called Irony Bored, to which Cardiff singer-songwriter and sometime Neon Neon member Cate Le Bon is the first signing.

Me Oh My is, broadly speaking, a folk record, but it’s vitalised by a love of weird, arcane technology. The haunting title track is invaded by a BBC Radiophonic Workshop-style synthesiser that resembles a swarm of robot wasps – it could be a late-’60s psych-folk artefact rescued from the vaults by Johnny Trunk or Andy Votel. It’s not so surprising to learn that Cate’s band on this record includes various former members of Gorky’s Zygotic Mynci, the band who revived British freak folk a decade before it became fashionable to do so.

Le Bon herself sings in a crystal voice so accented and enunciated that, especially on “Digging Song”, she sounds as much like Nico as she does Sandy Denny. Whether it’s a nod to folk traditions or just a consequence of having grown up in rural West Wales, her lyrics are full of ominous elemental metaphors: tides splitting the land, hearts buried in the ground, the vengeance of lightning. “I fought the night and the night fought me,” runs the album’s opening line, and you’d be wise not to cross a woman who boasts of picking a fight with the darkness.

In truth, Me Oh My is a slender album, but there’s much to recommend it. It’s quirky and confident; mindful of tradition without getting bogged down in issues of authenticity. It’s worth keeping an eye on what Cate Le Bon – and the Irony Bored label – does next.