The thrill is back: all-star tribute to Chess Records has plenty to celebrate 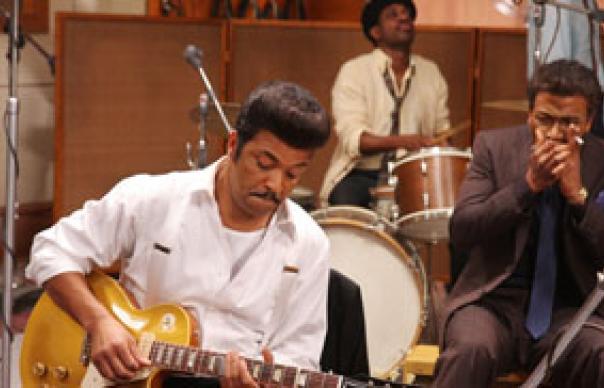 
In the wake of the Ray Charles, Johnny Cash, Bob Dylan and Bobby Darin biopics, what price McKinley Morganfield?

Evidently the man better known as Muddy Waters doesn’t warrant a movie in his own right, but surely, every music fan plays Chess? Chuck Berry, Little Walter, Howlin’ Wolf, Etta James… They all cut their first hit records for the Chicago label in the 1950s, laying the bedrock for the blues, R&B and rock-n-roll. Resisting the temptation to make Leonard Chess the de facto hero – though he’s played sympathetically enough by Adrien Brody – writer-director Darnell Martin (I Like It Like That) shoots for a bigger picture. In essence, she gives us a potted popular history of the blues through the mixed fortunes of the company’s artists.

To this end, we get Chess sideman and songwriter Willie Dixon (Cedric the Entertainer) as narrator. An unreliable one, given that Phil Chess – Leonard’s brother and business partner – has been written out completely. Later on, in a throwaway scene, the Rolling Stones drop by to pay their respects, though this appears to be some time before Elvis Presley has left the army. You wouldn’t want to mistake Martin’s blues for gospel, as it were.

Still, fast and loose can be fun, and there are advantages to the all-star approach. While Jeffrey Wright (Waters), and Brody enjoy the dramatic through-line, Mos Def (Chuck Berry), Beyoncé (Etta James), and Columbus Short (Little Walter) each gets enough screen time to make an impression and dig a little a deeper, and they all go for it. It’s like a relay team; everyone wants to run the best lap. For my money Eamonn Walker’s hulking, lop-sided but rock-solid Howlin’ Wolf takes the gold, but you won’t soon forget Short’s white-hot Little Walter either. And for the first time Beyoncé looks like a real actress; she gives us Etta’s pride and fury, then a peak at the demons underneath.

But it’s Jeffrey Wright who dominates. A tremendous actor too often stuck in supporting roles – like Felix Lighter in the Bond movies – he illuminates the wonder and perplexity of a singer who is a grown man before he hears a recording of his own voice; the son of a sharecropper who heads north to Chicago and can’t quite believe the change in his fortunes when Chess shakes his hand and presses the keys to a brand new Cadillac into his palm. It feels like a transformative moment for a black man in America – maybe even a significant step towards President Obama. Of course, “Cadillacs don’t come free,”: he learns that later. Martin’s lively revue takes liberties, but it’s pretty astute when it comes to black, white and green.